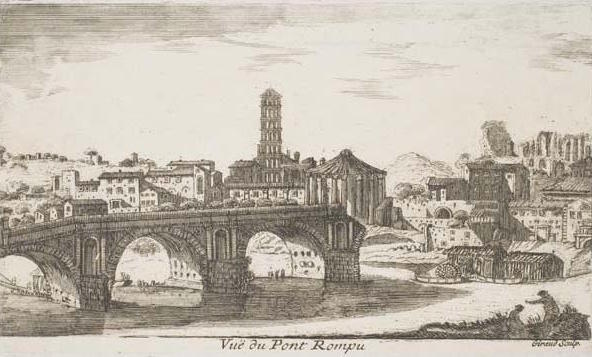 Titled Vue du Pont Rompu, which is French for “View of Broken Bridge,” the print presents a scene of a bridge across the Tiber River and a temple, both of which date to the Roman Empire. This etching was published by Giraud, but is in fact a copy of Giovanni Battista Piranesi’s Ponte Senatorio oggi detto Ponte Rotto, which is Italian for “Senatorial Bridge today called Broken Bridge.”

In antiquity, the bridge was called the Pons Aemilius. It was built in the mid-third century BCE and had to be rebuilt several times until the nineteenth century. Since the 1880s, a century after Piranesi composed this scene, one remaining arch has survived and the Ponte Palatino was soon built right next to it.

Find the small figure in the bottom right corner of the image. Follow his gesture, along the Tiber River, up to the bridge which forms a diagonal line leading to the round remple. The deity for whom the Round Temple was built is not known for certain, though Vesta and Hercules have been proposed. By 1132 it was known as the Church of St. Steven of the Carriages and in the 17th century it became the church of St. Mary of the Sun.

The edges of the print, currently hidden by a matte, and its small size suggest that it was originally a plate in a bound book before it was cut out and sold on the art market. 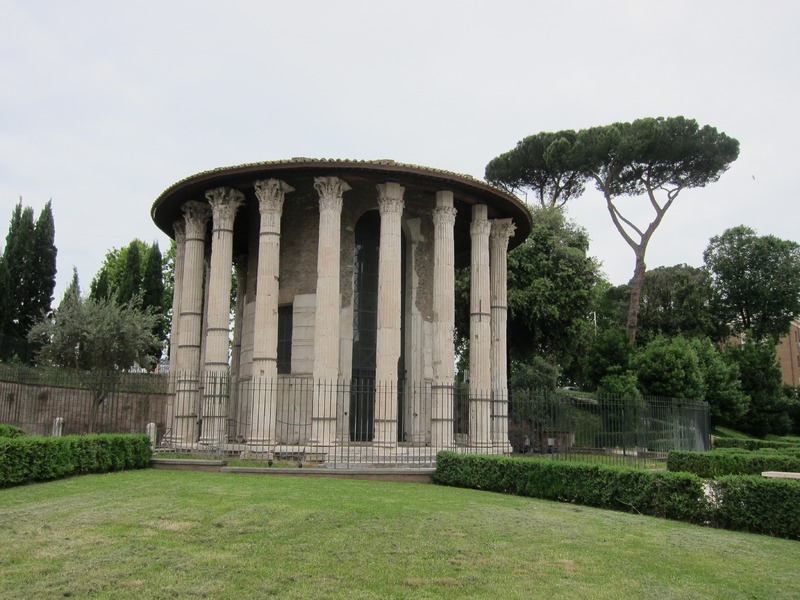