Over its 1,890 year life, the Pantheon has become a symbol of Rome’s rich culture and engineering prowess. Its iconic facade has been represented countless times throughout history, both in drawing and architecture. 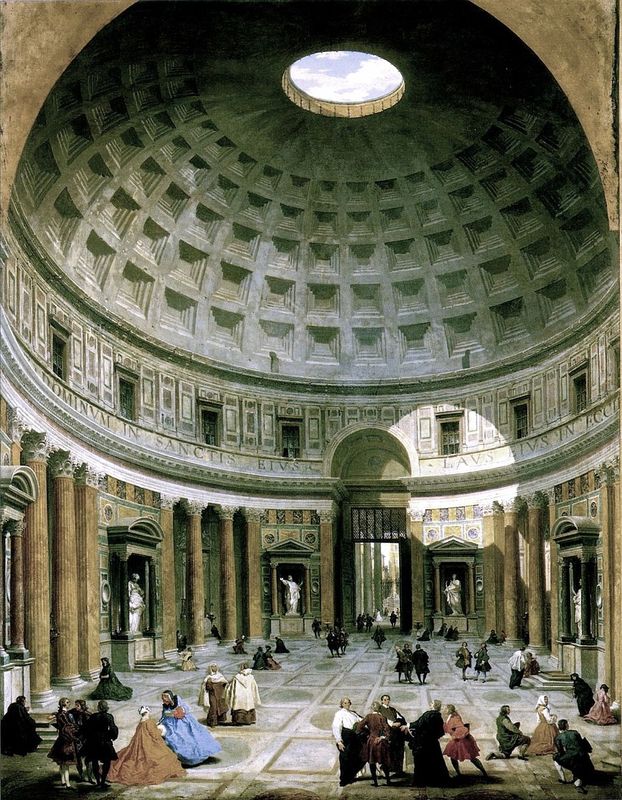 Giovanni Paolo Pannini was a prominent Italian artist interested in Rome's antiquities. His painting of the Pantheon's interior in 1747 is one of his most recognized works. His interesting use of composition provides a sense of the detailed coffers on the ceiling and the oculus overhead. 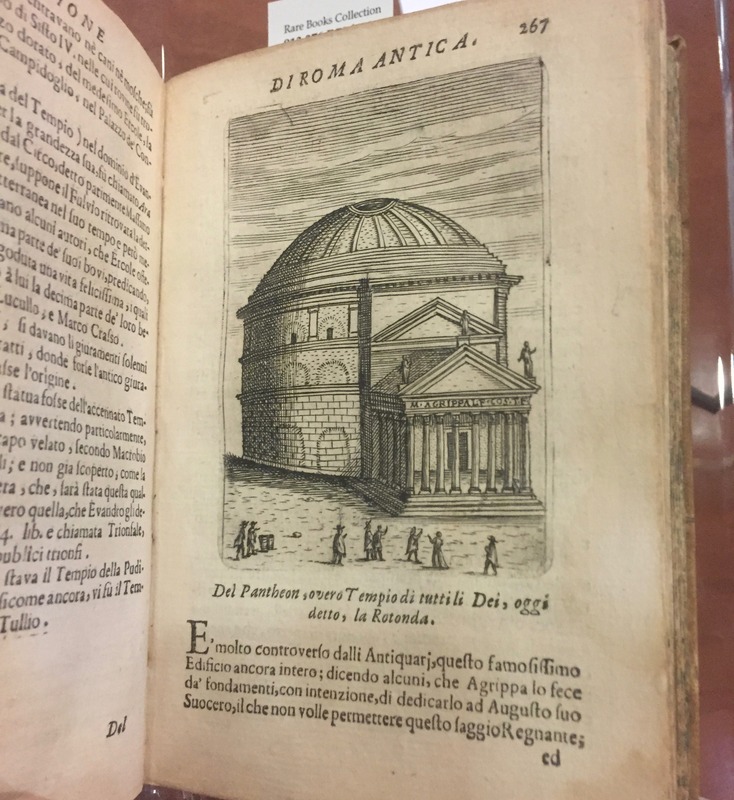 Drawing included from Flavio Bondo's 15th century Roma ristavrata, et Italia illustrata. This representation of the Pantheon places considerable influence on the dome and the shortened height of the porch. We also see three statues placed on the three corners of the pediment, perhaps imagined. 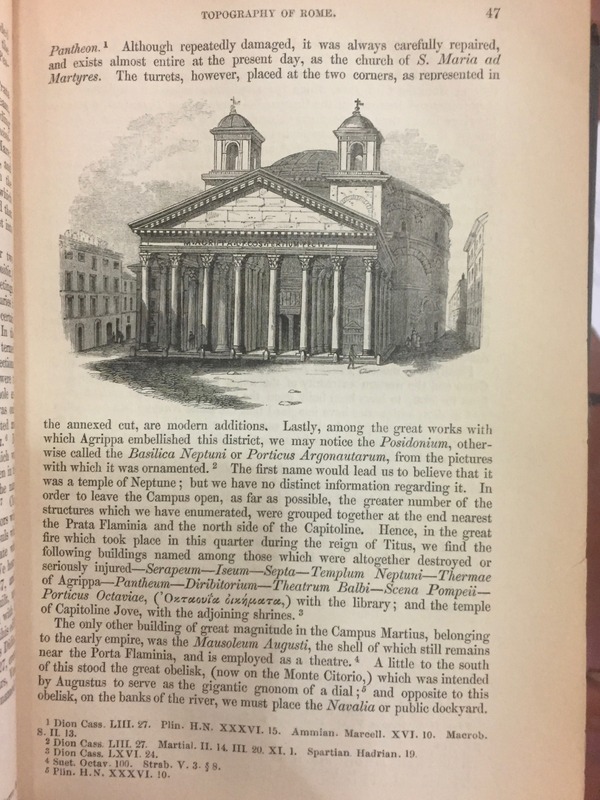 Drawing included from William Ramsay's "Manual of Roman Antiquities" published in 1851. Here, we see a more modern etching of the Pantheon (as indicated by the bell towers) and a sense of its proximity to adjacent buildings. 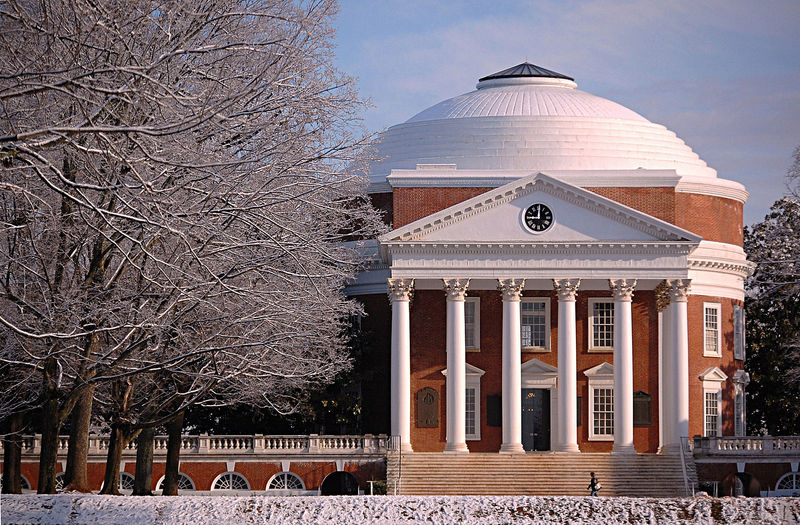 An image of the Rotunda at the University of Virginia. Thomas Jefferson designed this building with a clear inspiration from the Pantheon, as evidenced by the porch, intermediate block, and dome overhead. This structure is an example of the far-reaching influence of ancient Roman architecture. 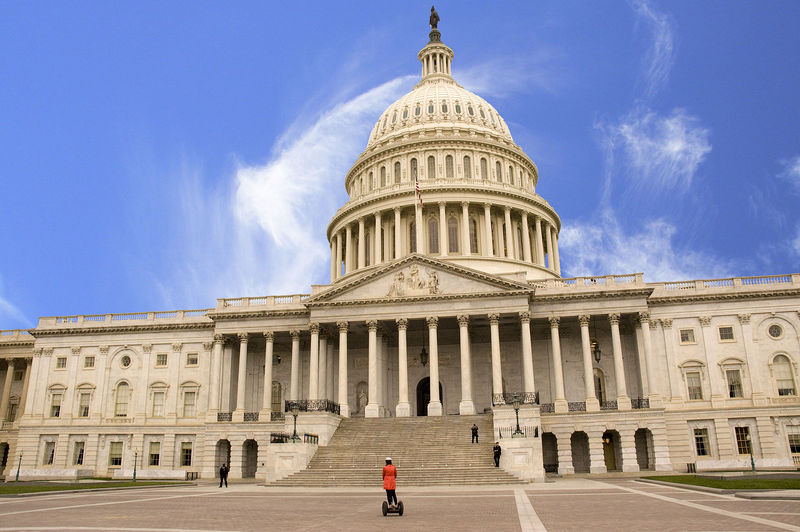 The U.S. Capitol building is another example of how the Pantheon influenced architects around the world. From colleges, churches, political buildings, and research centers, the Pantheon has acted as a symbol of architecture that is not exclusive to just one use; thus, the monument has been a constant source of inspiration throughout its nearly 2000 year history.