Who was Gaius Cestius?

In the city of Rome, in the middle of the reign of Augustus, there lived a man named Gaius Cestius. He is best known for his pyramid tomb, which was unusual and possibly unique in Rome at the time, but little else is known about him other than what can be learned (or inferred) from the monument.1 The inscription does not record his year of death, but we know that his tomb was built sometime between 18 and 12 BCE. These are the approximate dates because the construction of the tomb was regulated by sumptuary laws passed in 18 BCE and Marcus Agrippa, who died in 12 BCE, was listed as one of the executors of Gaius Cestius’ will.2 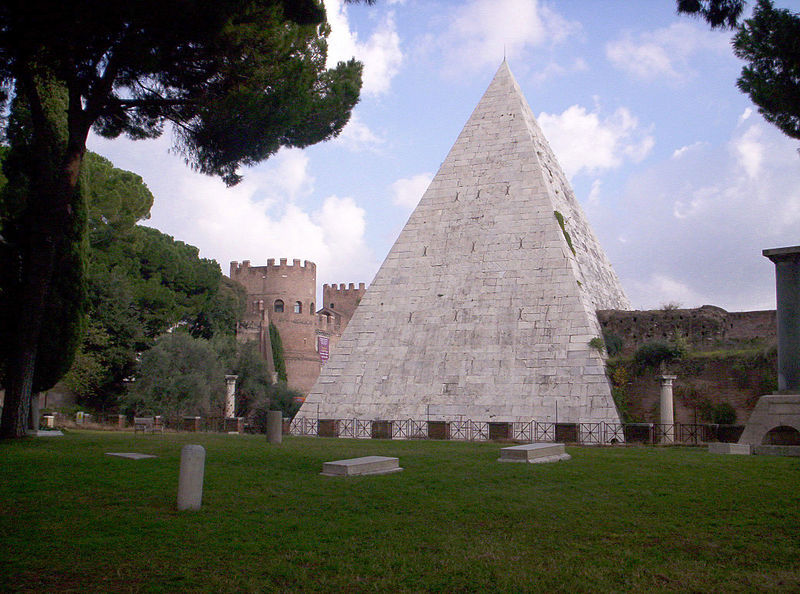