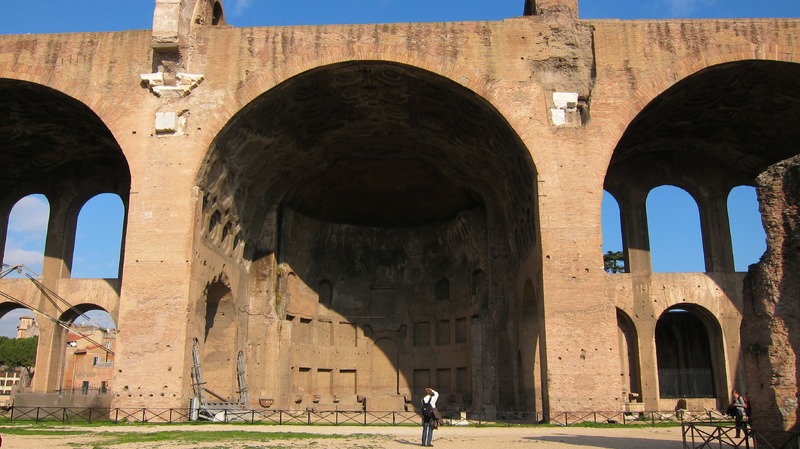 Archeologists suspect that structural foundations of the basilica were doomed from the very beginning. The haste in which the basilica was constructed may have made it structurally unsound from the day it was completed. Because of this, the superstructure was unable to withstand natural disasters, especially an earthquake that hit Rome a few hundred years later. There were also errors in the original foundations, causing one end to be further off the ground than the other. Because the majority of the basilica collapsed before the era of major conservation in Rome. However, recently there has been an increase in research on the monument in an attempt to be preserve what is left.