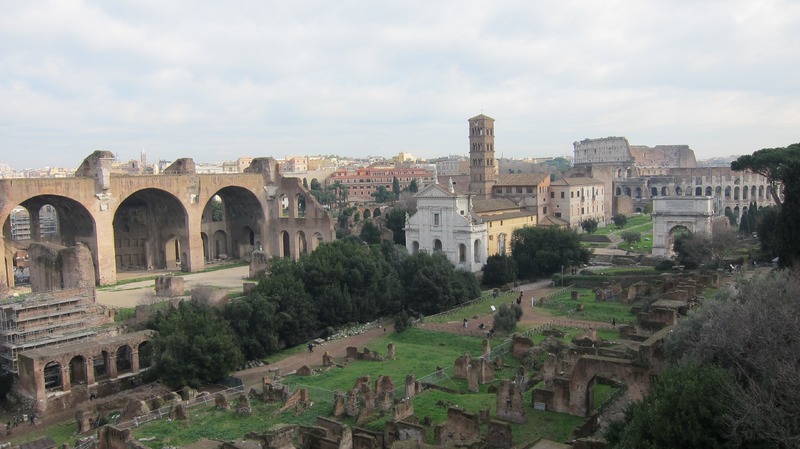 The basilica is the largest building in the Roman Forum.  Maxentius commissioned it as part of a larger infrastructure campaign. This wide-scale building project was used as a political and economic tactic, and was meant to act as a visual sign of the empire’s prosperity under the reign of Maxentius. The basilica played an important role in this campaign because its scale and location made it a focal point of the Roman Forum.