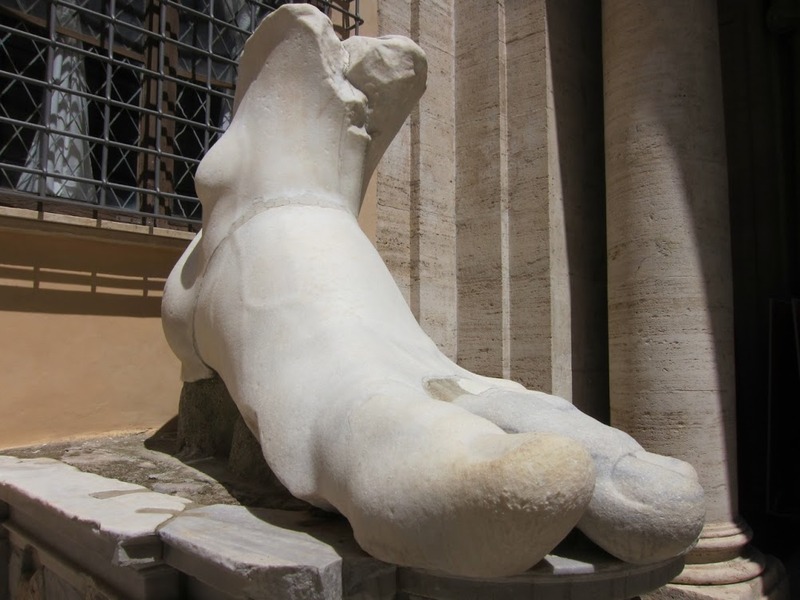 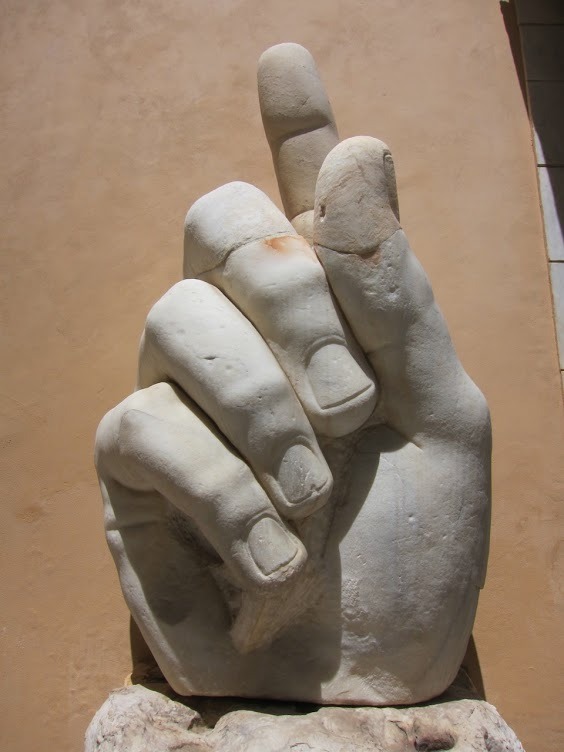 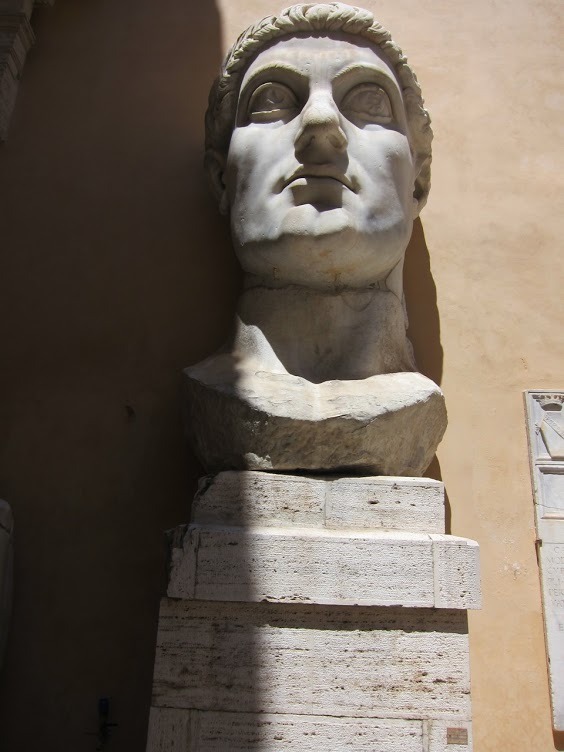 Unfortunately, only fragments of the statue Constantine survive today. The head, hands, and a foot are located in the Museo del Palazzo dei Conservatori. The statue was installed as part of Constantine’s additions to the basilica, and was a 30ft tall seated figure of the emperor. While the ephemeral parts of the original statue crumbled, enough remnants have been recovered to infer that the statue was seated and bare-chested, thus perhaps in the pose of Jupiter (Zeus). Two different right hands have also been attributed to this statue, one with a plain Roman scepter, and a second adorned with a Christian cross. The first hand and scepter were replaced by the second after Constantine’s conversion to Christianity.

Dating the statue of Constantine has proven particularly difficult. The current conclusion dates the entire statue to the fifteen year period from 315-330. The controversy in dating the statue stems mostly from the style of the head. Many scholars date the statue to 315 because of stylistic similarities to early portraits of Constantine. This is disputed however, by other scholars who have identified attachment holes that likely held a diadem, an image that Constantine didn’t use until after 324.

← Alterations by Constantine
Afterlife and Conservation →
Statue of Constantine