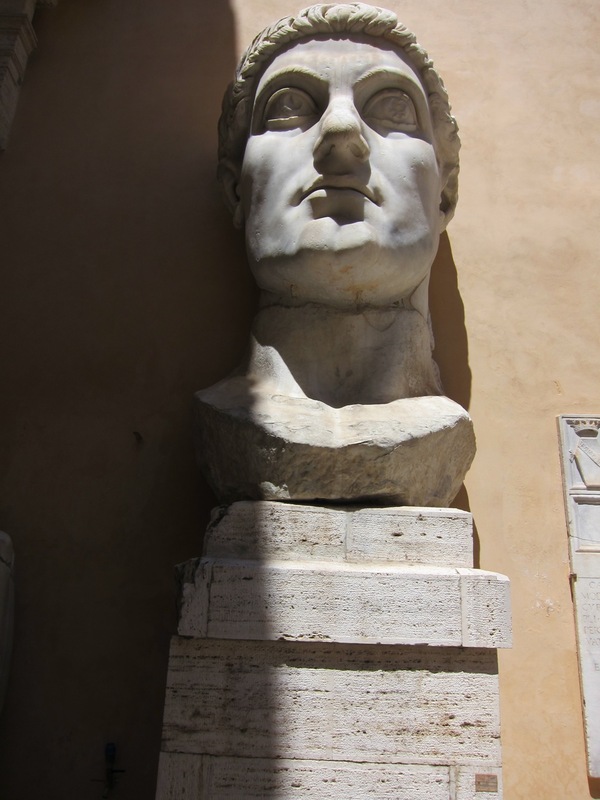 In 313 CE, Emperor Constantine issued the Edict of Milan, which decriminalized Christianity and decreed that Roman citizens had, “the liberty to observe the religion of [their] choice, and [their] particular mode of worship.” 1 When Constantine rose to power in 306 C.E. the government was still actively persecuting Christians and attempting to destroy all traces of the practice of that religion. Constantine’s Edict was a radical move towards tolerance and by his death in 337 CE Christians occupied major roles in the upper echelons of Roman government and society.2

Much of the classical scholarship on Constantine has focused on how ‘sincere’ of a Christian he was. Recently, scholars have rightly dismissed this question as obsolete, instead asking ‘What kind of Christian was Constantine?’ and ‘How did this religious system affect the administration of the empire and its legal system?’ Constantine embraced Christianity without throwing out polytheism.3 He sponsored Christian building projects (e.g., Saint Peter’s Basilica, built 320 to 327 CE), yet left the legal framework purposefully ambiguous enough to accommodate a wide range of religious beliefs and practices in the Roman world.

The 3rd Centry Crisis was followed by the reign of Diocletian (284-305 C.E.). During his time in power, he appointed three others, including Constantine's father, as co-emperors in a new tetrarchy. The Roman empire was split among the four and each regulated their own borders. Despite their separate domains, their rule was seen as powerful and united to the Roman people.1 This did not last however, when conflict arose and the tetrarchy ended in 313 C.E.

Although Constantine rose to power in the Tetrarchy, he eventually eliminated his co-emperors  and reinstated sole role.  During his reign, the city of Rome was no longer the center of the Empire.2 Constantine instead focused his interests on “New Rome” which would become Constantinople. This was paired with a new idea of what it meant to be an emperor; rulers were no longer “first citizens”. With that, came a newfound conception of an emperor’s power.