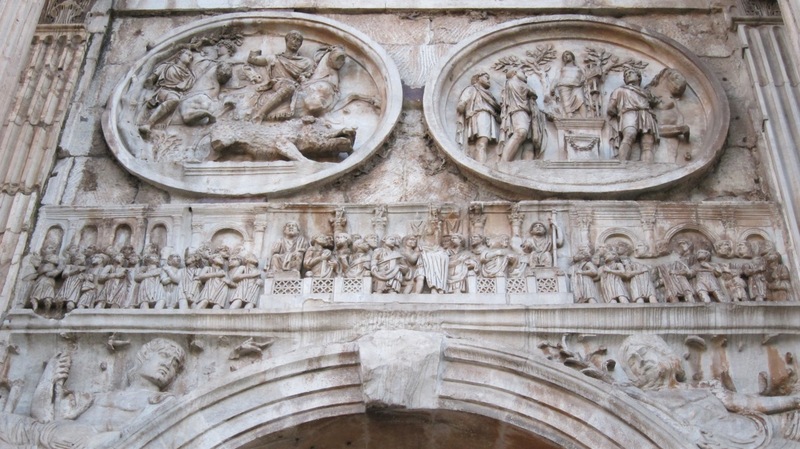 Arch for Constantine (north side), detail of Hadrian roundels. Left: The emperor sacrifices a bull. Right: Sacrifice to Apollo. 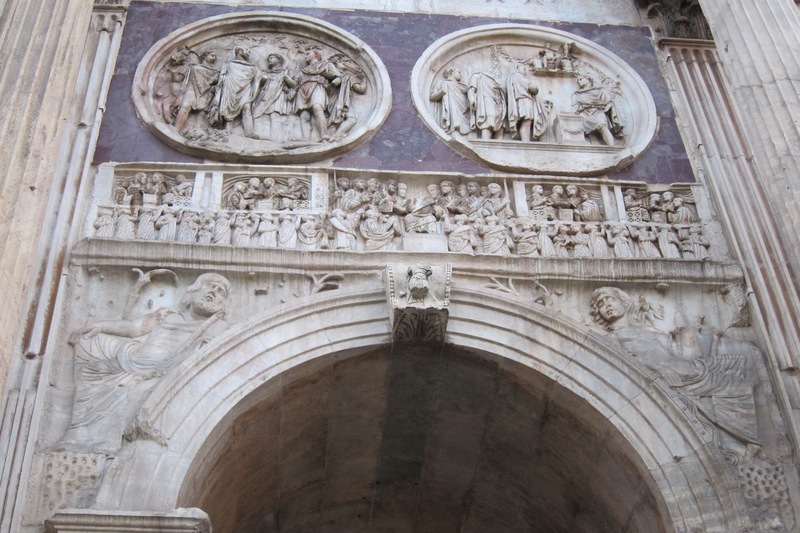 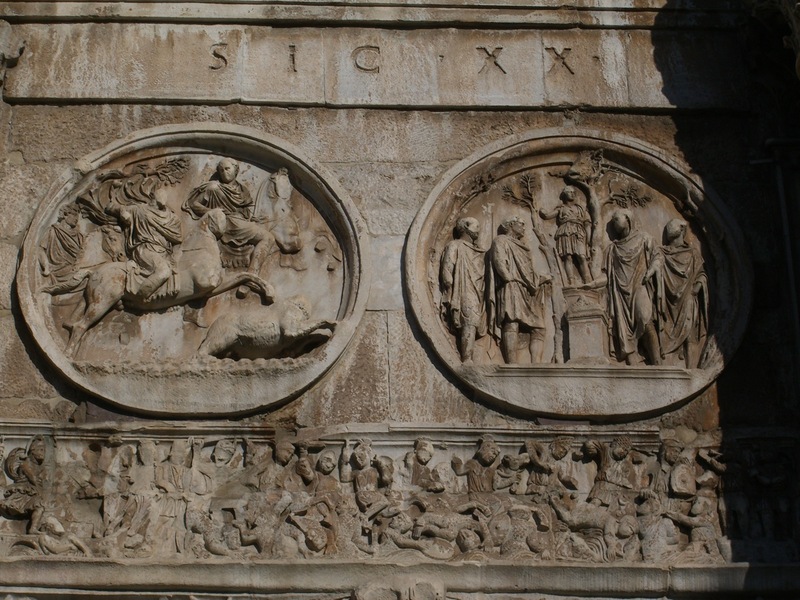 Arch for Constantine (south side), detail of Hadrian roundels. Left: The emperor hunts a bear. Right: Sacrifice to Diana. 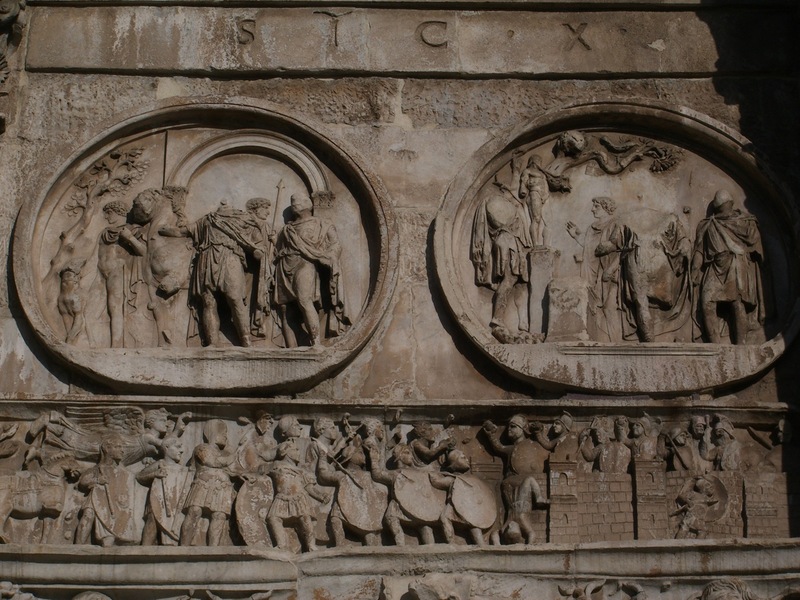 Arch for Constantine (south side), detail of Hadrian roundels. Left: The hunting party leaves the city. Right: Sacrifice to Silvanus.

The eight roundels arrayed on the north and south sides of the arch depict hunting and sacrifice scenes and may have been taken from an imperial hunting monument that was once dedicated to the emperor Hadrian (117-238 CE).1  Their style refers back to the Greek Classical period (5th to 4th century BCE). For example, the figures are carved to resemble an ideal human form, and the drapery of their garments are rendered in a realistic manner. It is clear too that, upon closer inspection, the heads of the Hadrian roundels were recarved to resemble Constantine.  This type of re-decoration was somewhat unusual but not unheard of in Rome when the monument was first erected. Scholars agree that the recarving was part of a deliberate effort made by the arch’s designers to reinforce a link between Constantine and Hadrian.2

1Jessica Hughes, "Memory and the Roman Viewer: Looking at the Arch of Constantine" in Memoria Romana: Memory in Rome and Rome in Memory, ed. Karl Galinsky (Ann Arbor: University of Michigan Press, 2014), 106.