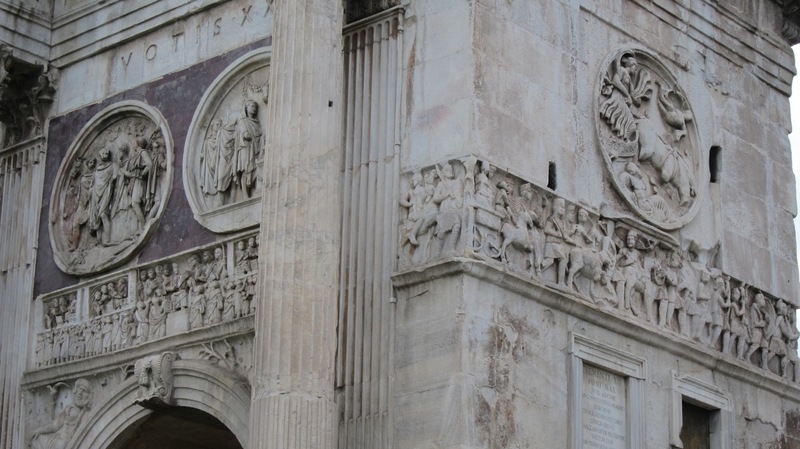 Northwest view of the Arch for Constantine showing a portion of the Constantinian frieze. 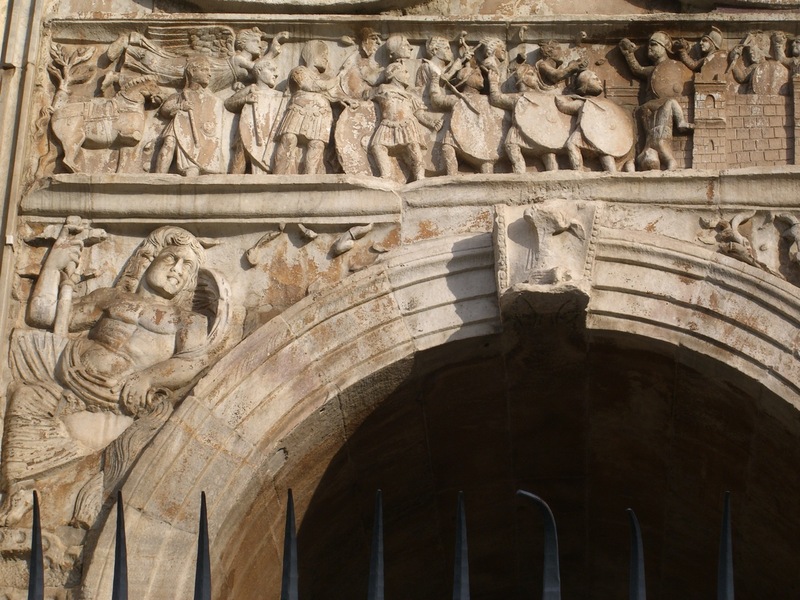 South view of Arch for Constantine showing a portion of the Constantinian frieze. 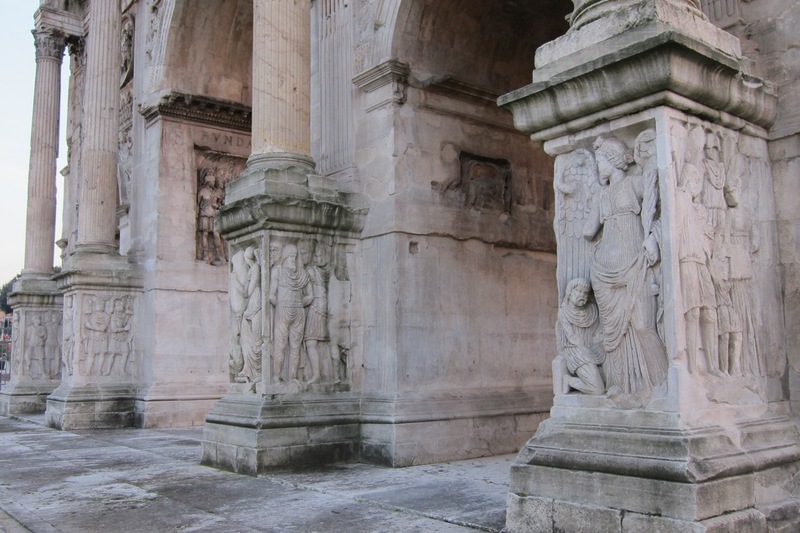 North view of the Arch for Constatine showing the column pedestal bases.

The continuous frieze around the arch, as well as the pedestals at the base of the columns, were not spolia.  They were carved during Constantine’s reign and intended to refer to historical events.  The frieze begins by showing Constantine’s departure from Milan, then the siege of Verona, and the Battle of Milvian Bridge.  This vistory allowed Constantine to retake the city of Rome from his rival Maxentius and was the reason why he was given an arch.  The frieze then depicts Constantine entering Rome, addressing people at the Rostra and bestowing gifts.

The frieze has many features, such as repeated figures, poses, and actions, that make it easier for a viewer on the ground to see the action.  Additionally, the frieze has large figures and unrealistic proportions, with soldiers as tall as walls.  These traits make the figures and their relation to the objects around them more legible.

Additionally, the column’s pedestal bases depict victories as well as prisoners.  The prisoners are bound to represent those Constantine conquered.  Interestingly, they are shown wearing trousers, which typically denote non-Roman men.  However, Constantine was in fact fighting against fellow Romans when he seized Rome, not non-Romans as implied in the pedestal base.  Thus, this depiction of the prisoners is trying to give the impression to the viewer that Constantine fought Rome's traditional foreign enemies rather than fellow citizens.