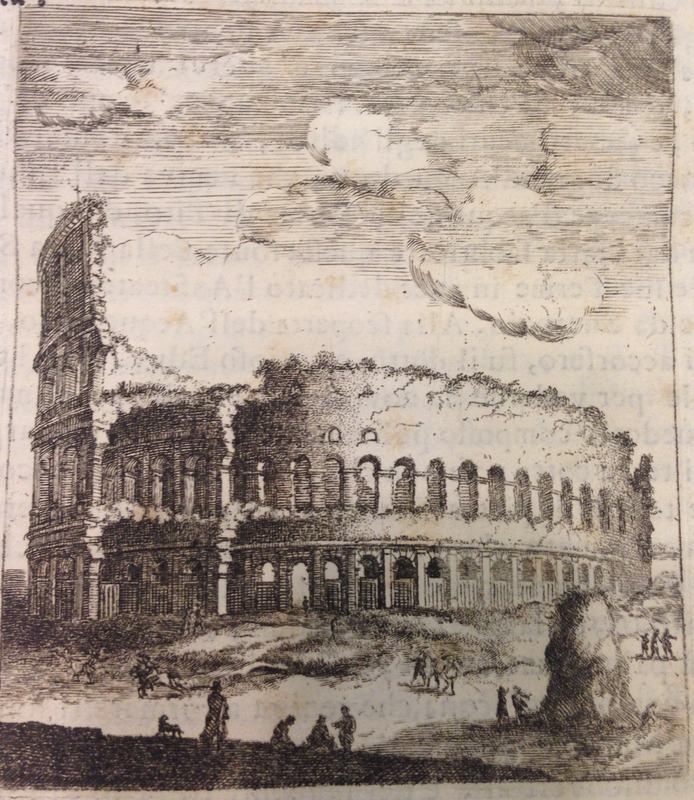 At the dawn of the 18th century, the Colosseum's condition was fairly poor due to extensive quarrying. Ficorini's depiction of the Colosseum's state in the mid-18th century shows the extent of the damage incurred through quarrying and neglect. These patterns of desecration, however, began to turn around in the 18th century with an increasing Christian appropriation of the Colosseum. In 1714, the Catholic Church built 15 tabernacles for the Stations of the Cross along edge of the arena.1 Throughout the mid-18th century, in fact, Pope Benedict XIV involved himself with the Colosseum, including with a commemorative inscription that claims it as a sacred place.2 This action was taken despite the fact that there is no concrete evidence of Christian martyrs dying in the Colosseum, but based purely on the growing belief and faith of a "cult of the martyrs".3 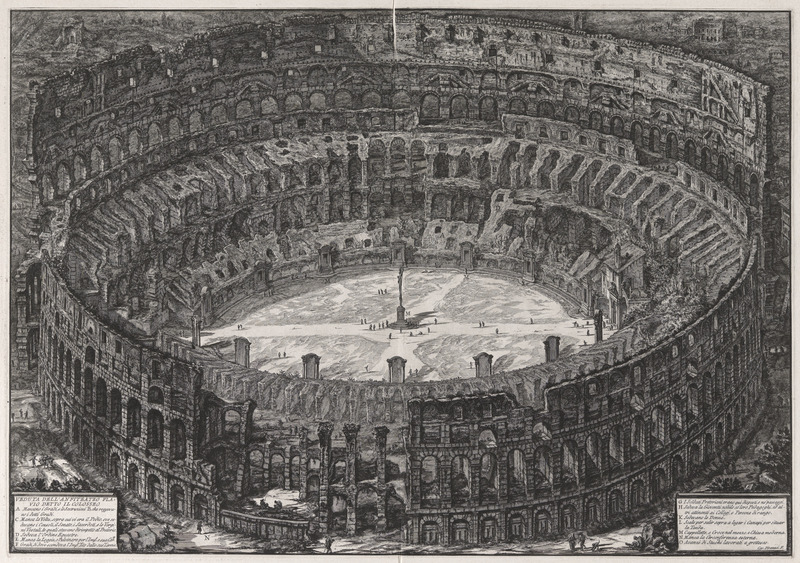 View of the Flavian Amphitheatre Called the Colosseum by Giovanni Piranesi.

The rise of this "cult of the martyrs" did have a positive effect on the decrease in desecration.4 The preservation of the monument went through a dramatic turn around in the 18th century both because of this new "sacredness", as well as new anti-desecration laws.5 In the same year that the Stations of the Cross were erected, the first excavations of the arena began.6 Excavations continued, as did various restoration projects, at the behest of the state and the Church throughout 18th century. Quite a bit of rebuilding was done on the Colosseum,7 as well as demolitions of unstable walls meant to protect visitors.8 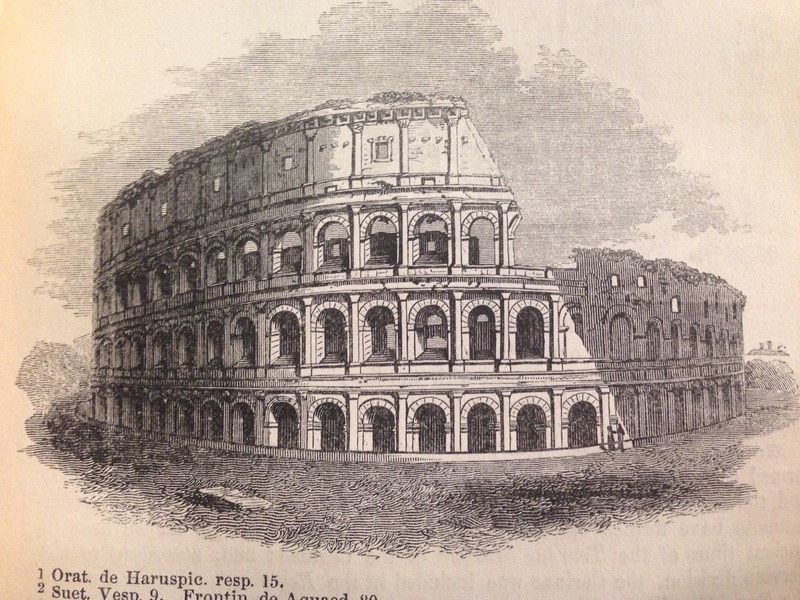 Excavations continued in the 19th century, though they became more purely archaeological and historical in their motivation.9 With the Italian state newly unified in 1870, monuments such as the Colosseum increasingly came to be seen as national monuments.10 Various governmental departments were created and tasked with the custody of Italian historical monuments.11 Measures were undertaken to address concerns of the Colosseum's stability in the form of buttresses,12  and buildings that had cropped up around the Colosseum were continually demolished.13 A process of urbanization and modernization began within Rome that continued in the 20th century, often compromising conservation efforts.14 While the entirety of the hypogeum was excavated under Mussolini's regime,15 the political meetings held by the Fascist regime within the Colosseum resulted in major and arbitrary alterations to the Colosseum's interior.16 Truly scientific studies were not undertaken until the late 20th century, when respectful restoration was also carried out.17