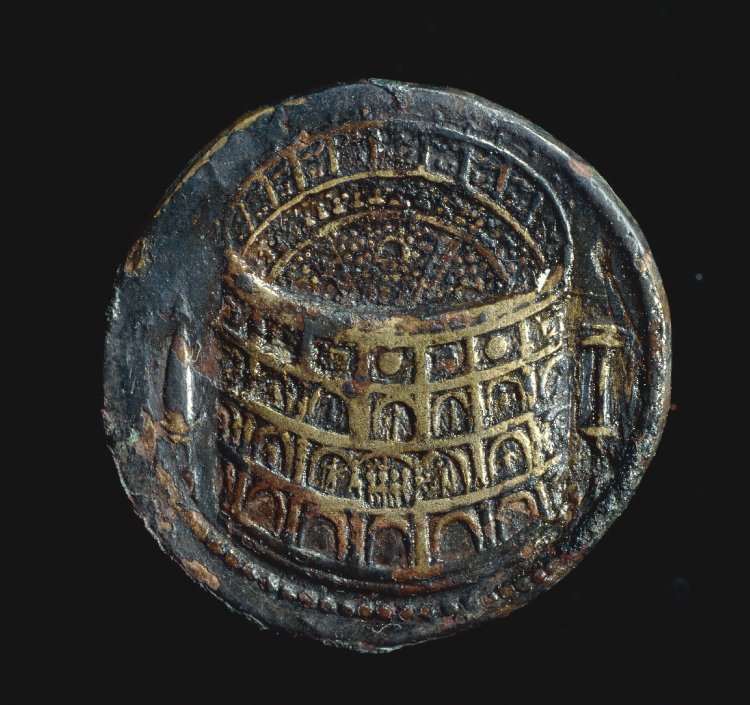 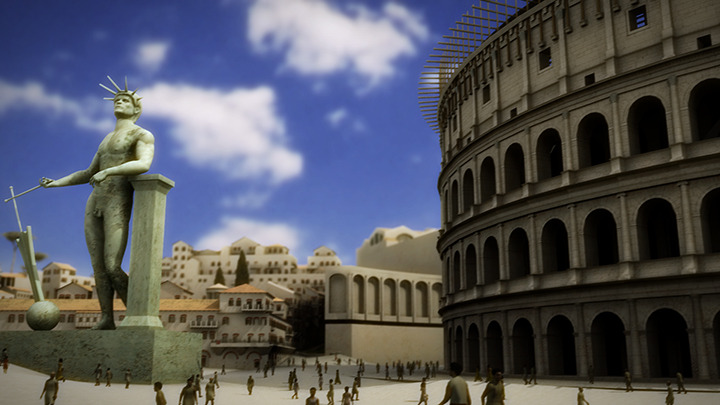 Digital rendering from Rome Reborn depiciting the Colossus statue next to the Colosseum.

Another notable statue associated with the Colosseum was not found within the structure itself, but adjacent to it. A massive statue, which many think portrayed emperor Nero, was positioned next to the amphitheatre. It was this statue, termed a "colossus", which ultimately gave us the common name for the Flavian Amphitheatre that is used today: the Colosseum.5

← Inscriptions
The Amphitheatre and Spectacle →
Sculpture