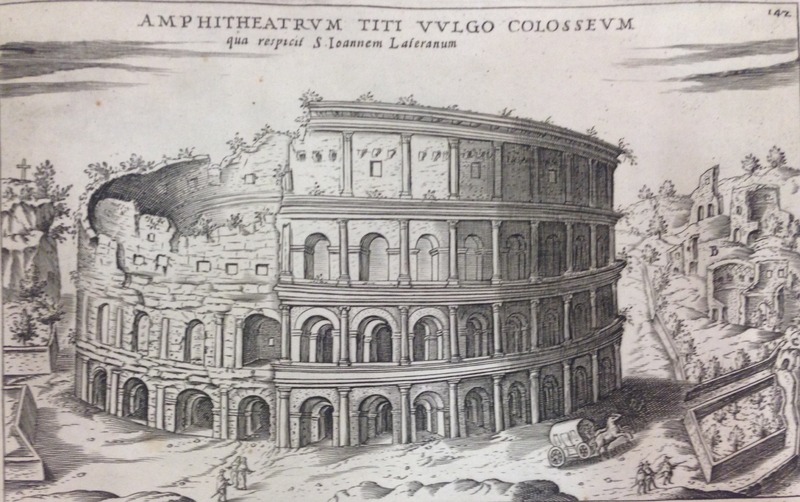 After antiquity, the Colosseum did not immediately become obsolete. In fact, gladiatorial combat was held at the Colosseum until the 430s, and animal hunts for about another hundred years more.1 Ultimately, however, with the constant invasions and civil wars that Rome suffered, it became more financially difficult to not only put on spectacles, but even to maintain the structure.2 These difficulties put an end to the Colosseum as an entertainment venue. Knowledge of this original function, in fact, was lost during the Middle Ages. During this period, some believed the structure to have been a pagan Temple to the Sun, or even a palace used by the Flavians.3 The Colosseum's usage underwent a vast transformation during the 9th and 10th centuries, when there is evidence for various ramshackle settlements and animal shelters within and around the building.4

In 12th century the Frangipane family, one of several warlord families that dominated Rome,5 built their "palace" in the eastern section of the Colosseum, which occupied two arch levels and was quite large.6 Eventually, after ownership passed from the Frangipane family to the Annibaldi family in the 13th century, the structure passed to the Capitoline Senate in the 14th century.7 Soon after its acquisition, the Senate used the Colosseum for a bull fight in honor of Ludwig the Bavarian's visit in 1332.8 In this way, Medieval peoples unknowingly returned the Colosseum to its original function. 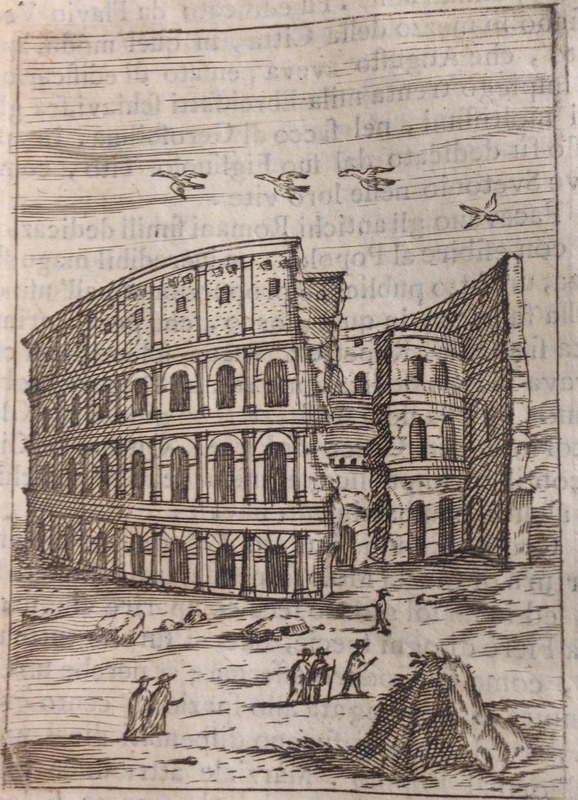 This restoration of the Colosseum's original function, however, was not permanent. Instead, the monument faced a significant amount of desecration. In the 16th century, Pope Sixtus V wanted to convert the Colosseum into a wool factory in an attempt to revitalize the area through industry, a plan that would have led to the demolition of a large portion of the structure.9 Instead, a small glue factory was installed inside the Colosseum in 1594.10 The Colosseum also suffered from extensive quarrying throughout the Middle Ages and into the Renaissance. As Filippo de'Rossi portrays in his image of the 17th century Colosseum, an entire section of walls has been removed. Quarrying was quite common, and often allowed by the various string of owners attached to the Colosseum, including warlords like the Frangipanes, but also the Papacy.11 The 17th century saw Pope Clement X's installation of a huge wooden cross in the middle of the Colosseum's arena.12 By the end of the century, the desecration of the monument reached new extremes, however, as it became a dumping ground.13