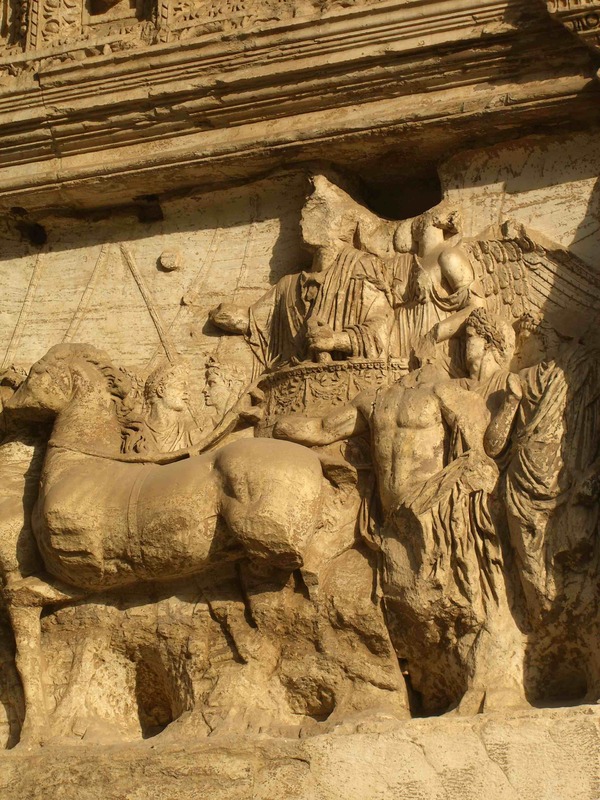 Arch for Titus, image of the Emperor Titus in his Triumphal Procession from an interior relief panel

The Flavian Dynasty followed Emperor Nero's suicide in 68 CE.1 After a long period of civil war, and the "Year of the Four Emperors" in 69 CE, Vespasian emerged as the new Roman emperor, and with him came the advent of the Flavian Dynasty.2  Vespasian had been a general of the Roman army charged with suppressing the Jewish Revolt of 66 CE. He left his son, Titus, in charge of when he himself had to return to Rome. In 70 CE Titus successfully captured and sacked Jerusalem, and he and his father celebrated a joint triumph over Judea in 71 CE.3 The immense riches pillaged from Judea that were displayed during the triumphal procession provided funding for the most widely recognized Flavian building project, the Colosseum.4 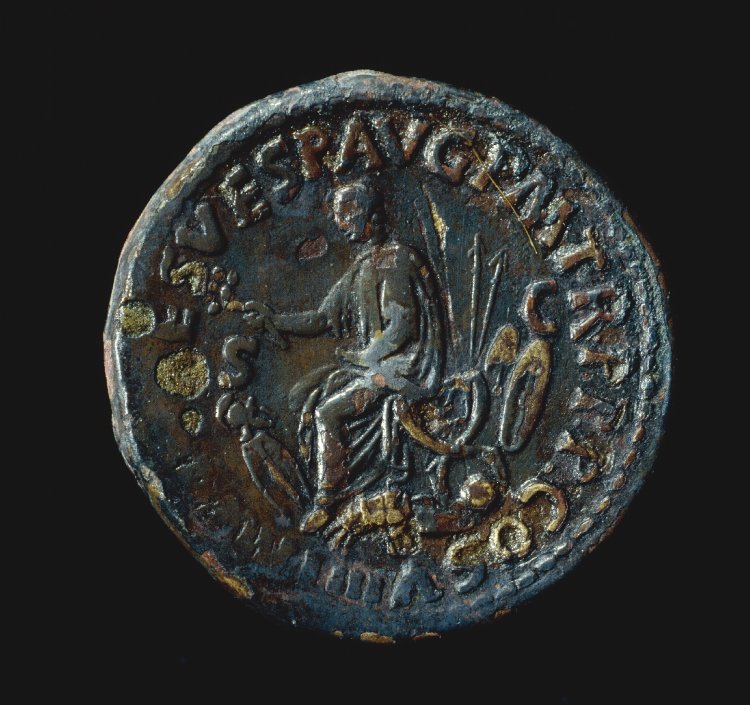 In an attempt to put his mark on the city, Vespasian undertook a massive public building program tasked with rebuilding and revitalizing the heart of Rome,5 one of the most prominent structures of which was a massive amphitheatre known today as the Colosseum. After Vespasian's death, his son Titus ascended as emperor and continued construction on the Amphitheatre, as it was known at the time. The Colosseum was dedicated in 80 CE,6 with credit ultimately given to Titus rather than his father, and inaugurated with 100 days of games and spectacles.7