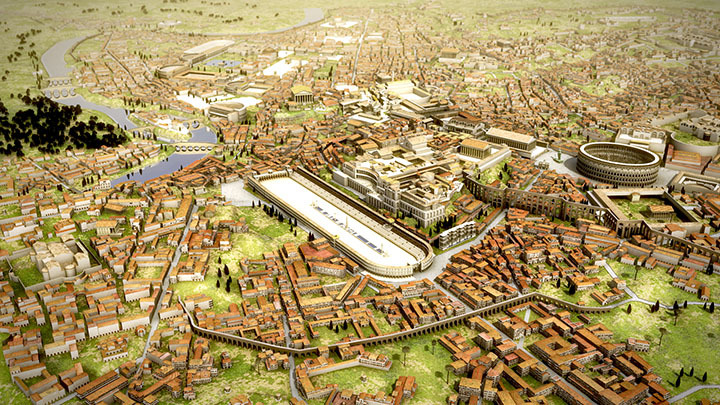 Digital rendering from Rome Reborn, in which both the Colosseum and the Circus Maximus are visible.

The Colosseum is a massive and architecturally complex structure. Prior to the construction of the Colosseum, amphitheatres were  temporary structures built out of wood as needed.1 The Colosseum was the second and largest permanent amphitheatre built within the city of Rome. While the circus was used for chariot races and was significantly larger, the Colosseum was used for various blood sports, including animal hunts, prisoner executions, and gladiatorial combat. The elliptical architecture of an amphitheatre is meant to facilitate visibility from every seat in the arena.2 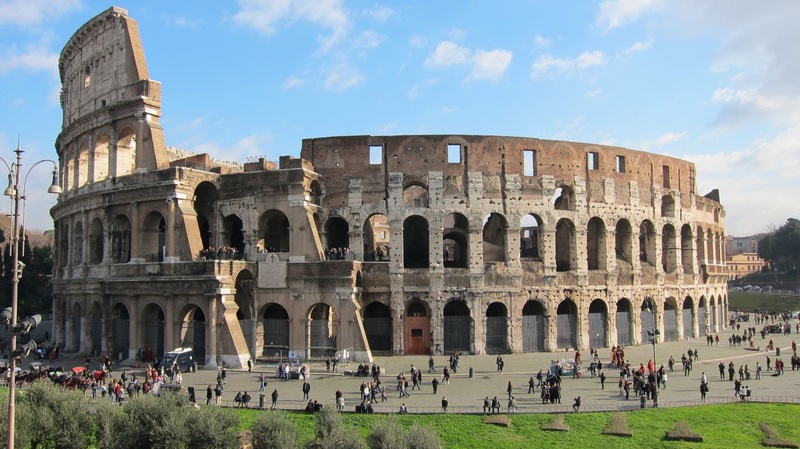 The exterior arches of the Colosseum

The exterior facade of the Colosseum consists of four levels, with the bottom three levels composed of 80 arches each. Structurally speaking, the arches make possible the immense size of the structure.3 Aesthetically, the arches lighten the visual aspect of the bulk of the massive building.4 But ideologically, they function as numerous triumphal arches, reflecting the fact that the Colosseum was built from the spoils of Judea.5 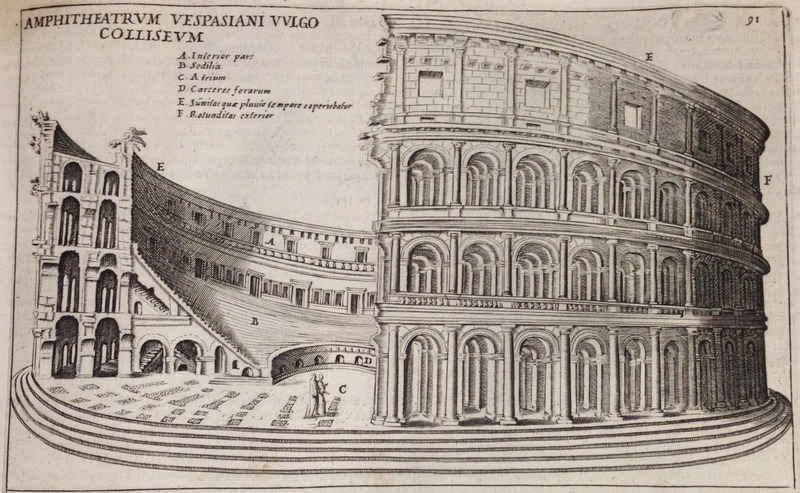 Within the Colosseum, those four levels that are visible from outside provide huge amounts of spectator seating. Contemporary estimates claimed the Colosseum could seat up to 87,000 people,6 though modern, more conservative estimates put that number closer to 50,000 people.7 Spectators were seated based upon their social status, with the most elite viewers closest to the arena, and the lower class citizens higher up.8 The vaulting within the arena was crucial not only for the structural integrity of the building, but also to provide easy access and free circulation for spectators.9 From the time when spectators entered the arena,10 to the corridors they could take to their seats,11 to the seats themselves,12 spectators were filtered based on their social status. Spectators were not free to walk anywhere they wanted, but were carefully funneled throughout the structure based on their social status. This segregation was so complete that the corridor systems made it impossible for Senators and Equestrians to run into each other, and it was possible for plebs only to meet other plebs.13 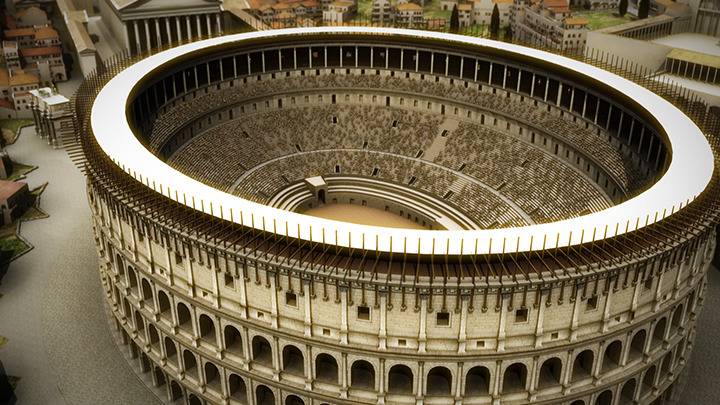 Digital rendering from Rome Reborn depicting the "vela" of the Colosseum.

Aside from its sheer size and permanence, the Colosseum's architecture also boasted several notable engineering features. One such feature would be the vela (Latin for "sails"). The vela were canvas awnings that covered the audience, protecting them from the heat of the sun as they watched the games. These vela, massive in structure like everything else in the Colosseum, likely required a thousand men, all sailors from the Roman navy, to control.14 While the vela capped off the very top of the Colosseum, the substructures beneath the amphitheatre are also intricate and fascinating. The arena, which draws its name from the Latin word for the sand that covered the wooden surface (arena) and served to soak up the blood spilled during the games,15 had a complex network of substructures beneath it, known as the hypogeum.16 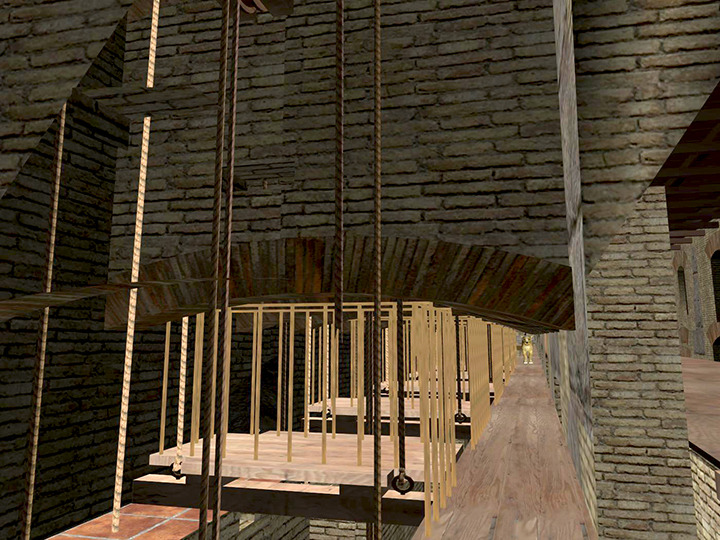 Digital rendering from Rome Reborn depicting the elevators of the Colosseum's "hypogeum" substructures.

Many scholars believe that the substructures beneath the arena, the hypogeum, were much simpler when first built,17 based on the account of Cassius Dio, a Roman historian, that states that "Titus suddenly filled this same theatre with water".18 If this is so, then the deeper, more intricately divided hypogeum that is visible today was built later, many believe by Domitian.19 The hypogeum was divided into  chambers and tunnels that were used for various purposes including storing scenery and props. A series of lift systems and trapdoors provided dramatic and unexpected entrances for gladiators and animals into the arena.20