The Founding and History of Pompeii until 79 AD 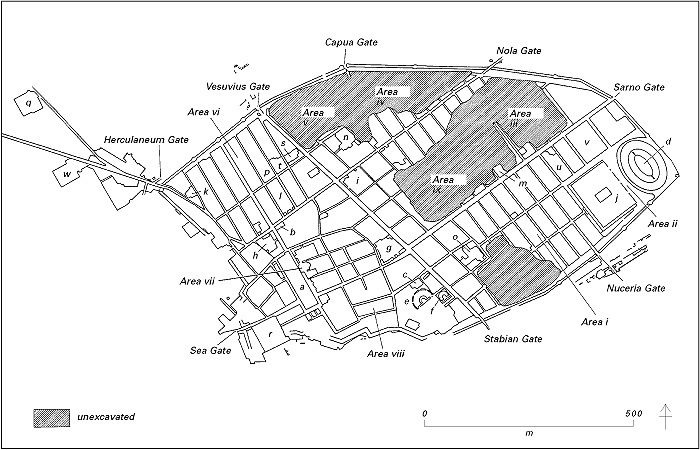 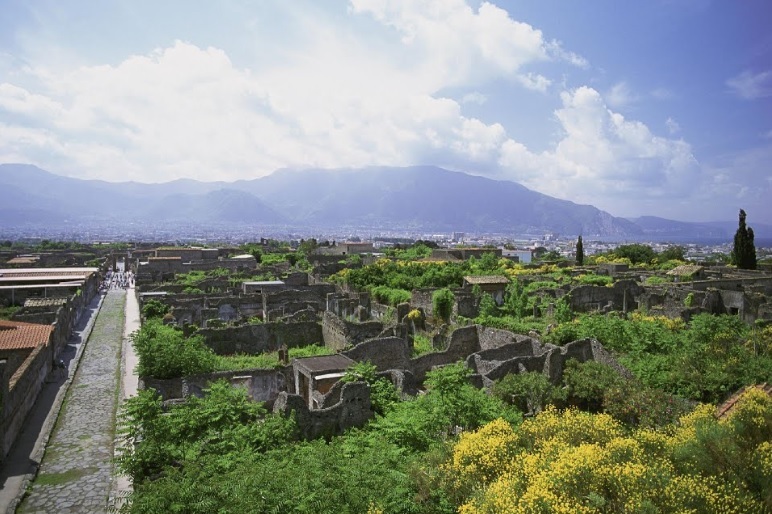 Paradoxically perhaps, it is to Mount Vesuvius to which Pompeii and her neighboring towns owed both their livelihood and ultimate destruction. Pompeii’s history dates to the 7th century BC, when the Opics created an agricultural society in the Sarno Valley, whose soil was made fertile by the presence of volcanic ash from Vesuvius.1There was a strong Greek influence in the region following cultural and commercial exchange with the Greek colony of Cumae in Campania.2 The Etruscans of Southern Italy also influenced Pompeii’s early development, building a walled city on a hill at the mouth of the Sarno River.3 While Pompeii’s location complicated the obtainment of fresh water, it allowed for the control and monitoring of river traffic. The collapse of Etruscan society followed their defeat by a coalition of Greek colonies in 474 BC during the Battle of Cumae.4 A mountain people known as the Samnites, who spoke Oscan, arrived shortly after the Etruscan defeat in the late 5th century BC, incorporating Pompeii into the Samnite confederation, along with the neighboring towns of Herculaneum, Sorrento, Stabiae and Nocera.5 During the Samnite period, the Samnites rebuilt the city’s aging ramparts; city defenses were likely fortified in the wake of Hannibal’s military campaign in Campania which ravaged the region at the end of the 3rd century BC.6 As the people of Nocera fled for neighboring cities following its destruction by Hannibal’s army, Pompeii experienced much growth with the creation of small houses.7 Following an alliance with the Romans, Pompeians experience prosperity in the 2nd century BC when the Romans opened new Eastern markets to their Italic allies.8 Several public works projects were undertaken during this period, including renovations to the Temple of Jupiter and the Doric Temple. From 90 to 89 BC, the Social War broke out the in the region, leading to the siege and subsequent defeat of the Pompeians by the Roman army under Lucius Cornelius Sulla.9 Pompeii became a Roman colony during the Republican period, heavily relying on Rome politically, administratively, socially and economically. Sulla stripped Oscan aristocrats of their power and divided up their estates; in their place, villas were built for a Roman elite.10 During the Augustan era (27 BC to 14 AD) Augustus, the great nephew of Julius Caesar, led the transition of Rome from a republic to an Empire.11 To do this, he earned the support of his subjects in Pompeii by reincorporating ousted noble families into the power structure, as well as through the use of propaganda architecture.12 Pompeii successfully integrated into the Roman Empire, but was shaken by a series of violent disputes with Nocera in 59 BC, which were followed by a devastating earthquake in 62 AD.13 The emperor Nero and his wife Poppaea Sabina, a Pompeii native, supported efforts for reconstruction, which were sadly never completed.14 After a series of earthquakes following 62 AD, Pompeii was ultimately destroyed by the 79 AD eruption of Mount Vesuvius.

← Archaeology
Pompeii: Initial Discoveries →
The Founding and History of Pompeii until 79 AD