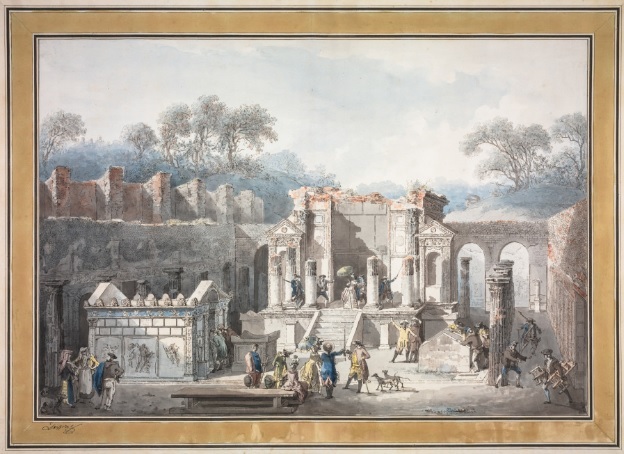 The Temple of Isis at Pompeii (1788), a vedute by Giovanni Battista Piranesi.2 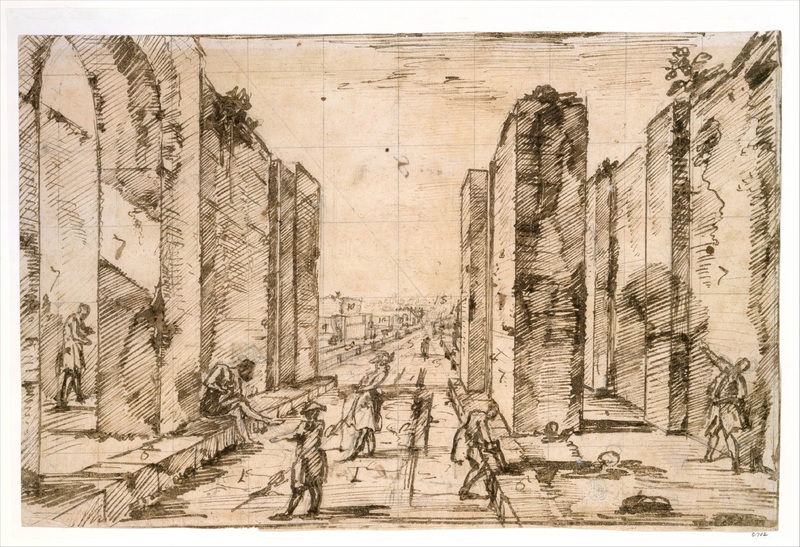 View through the Herculaneum Gate, Pompeii, a drawing by Piranesi.3

The Grand Tour was a mainly aristocratic phenomena where young aristocrats from many European countries would head to Italy to finish off their classical education. Although Rome was the main stop on the Grand Tour, because the Grand Tour took several years to complete, visitors would often stop at other cities such as Venice on their way to or back from Rome. The discovery of Pompeii brought many visitors to the region of Campania, near Naples, to visit the ruins and the king’s museum at Portici. Visitors on the Grand Tour would bring back antiquities (should they be able to afford it), and huge collections were amassed by collectors such as Charles Townley.1 Like in Rome, vedute of Pompeii were also made in the eighteenth century by artists such as Giovanni Battista Piranesi. In addition, fans with scenes from Pompeii and the eruption of Vesuvius were very popular during the Grand Tour era.