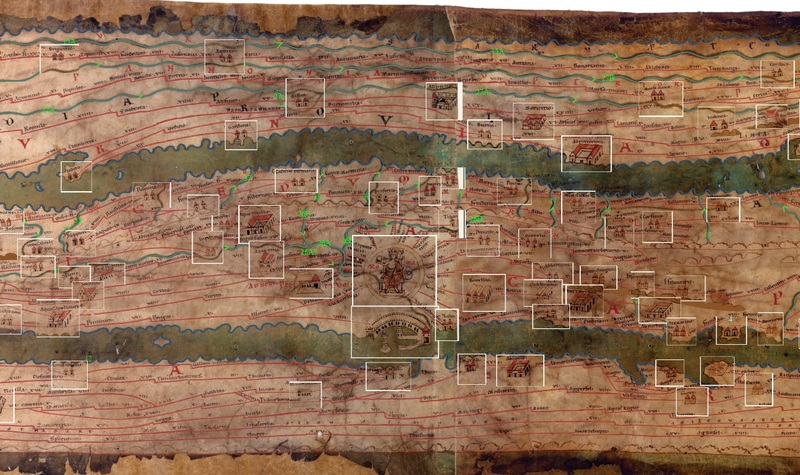 Were Pompeii and Herculaneum simply forgotten until their rediscovery in the 18th century? Not entirely...following the destruction of Pompeii in 79 AD, the emperor had guards placed to prevent looting,1 which is the reason that so many of the statues, among other valuable items, were untouched when Pompeii was unearthed in the beginning of the 18th century. In the 12th century, the correct locations of Pompeii and other towns destroyed by Mount Vesuvius were marked on a map of main cities and roads known as a the Peutinger Table.2  In 1592, Domenico Fontana, a Roman architect, excavated a canal that started at the Sarno River and went through the raised fields of “La Cività”, which was later proposed as the location of Pompeii by antiquarian Lucas Holstenius.3  Then, to further encourage this theory, the inscription “Pompei” was discovered while digging a well in the area, but was ignored due to a misattribution to Roman general Pompey the Great.4 Just over forty years later, Charles VII would gain control of the region and promote archeological excavations in this region.

← The Founding and History of Pompeii until 79 AD
Excavations of Pompeii in the 18th Century →
Pompeii: Initial Discoveries