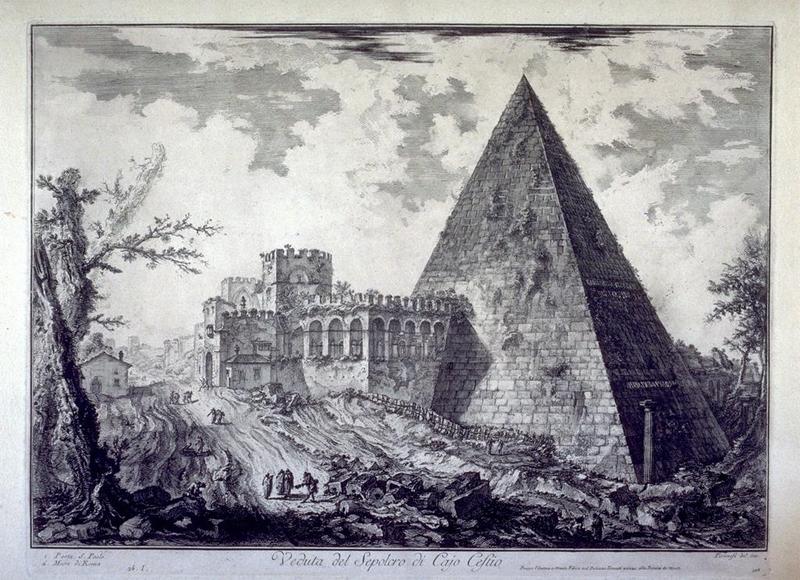 the Pyramid of Cestius by Giovani Battista Piranesi 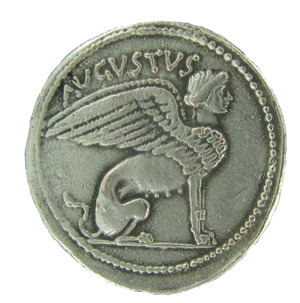 Replica of an Eastern Roman sphinx coin, used during the reign of Augustus.

Rome began to receive an influx of Egyptian culture in around 58 BCE, during a divisive period of civil war.1 Much of this conflict was due to an intense rivalry between the Octavian (later Augustus) in Rome, and Mark Antony and Cleopatra VII in Egypt.

As a result of this conflict, the arts of Egypt, commonly imported as spoils, often remained distinctly foreign to Roman people.2 Octavian often demonized certain elements of Egyptian culture in order to ruin the image of Mark Antony, and a majority of the Roman population had little understanding of the Egyptian language or imagery used in art.3

Despite these conditions, a certain “Egyptomania” or obsession with Egypt developed in Rome after the civil war.4 A prominent example of this phenomena was the building of the Pyramid of Cestius, built between 18 BCE and 12 BCE. Influences from Egyptian art were also visible in other forms of Roman art. Many “Egyptian motifs” were used in the decoration of Roman wall paintings, and images of sphinxes appeared on Eastern roman coinage as a symbol of hope.5

Roman emperors and citizens were also influenced by Egyptian religious ideologies. The adoption of certain astrological practices by Augustus and others was one example that quickly became a part of Roman society and culture.6 The Cult of Isis was another particularly prominent example, dedicated to the worship of an Egyptian goddess with strong ties to kingship, rites of the dead, mourning, healing, and motherhood.7

In general, while Egyptian arts and practices were eventually appropriated into Roman culture, they often remained distinctively Egyptian, allowing for the interpretation of these objects in both Egyptian and Roman contexts.