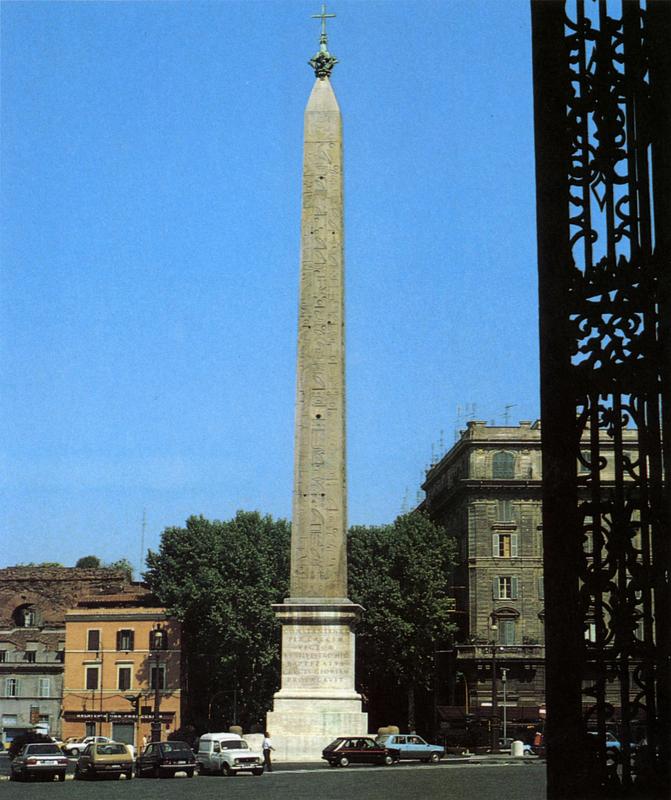 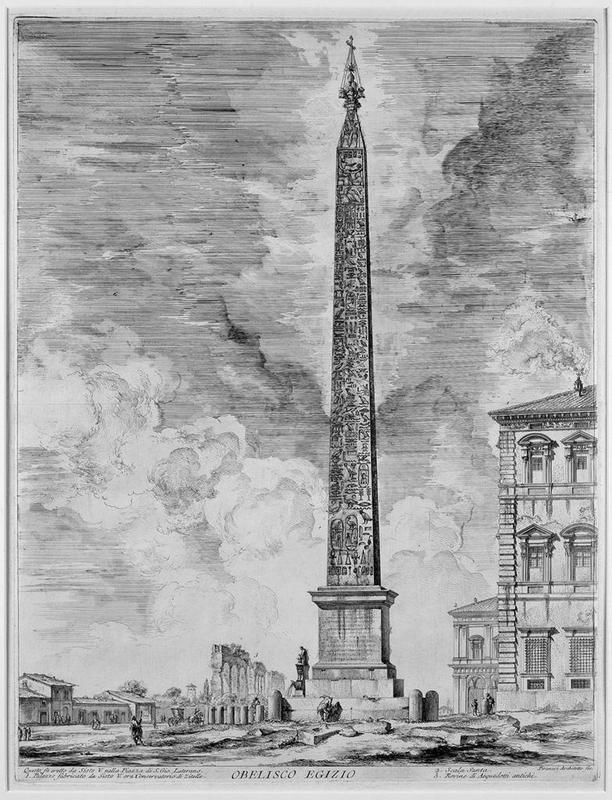 The Lateran Obelisk is an Old Kingdom monument, begun under pharaoh Tuthmosis III (1504-1450 BCE) and completed by his grandson Tuthmosis IV, during a period of relative peace and prosperity in Egypt.1

The Obelisk, currently the largest standing obelisks in the world, was erected at the temple of Amun in Karnak, and served as a rare example of a single obelisk in the temple, as most came in pairs.

In 330 CE, Roman emperor Constantine (280?-337 CE) destined the obelisk for re-erection in the empire’s capital, Constantinople. However, it remained in Egypt for twenty five years, until it was transported to Rome under Constantius II (r. 337-361 CE).2

He erected the obelisk in the center of the spina in the Circus Maximus, near the Flaminian obelisk that had been raised by Augustus centuries before. An inscription, added in verse, dedicates the obelisk to Rome, and credits Constantius II with restoring unity to the empire, as Constantine would have taken the monument to Constantinople.3

When the obelisk fell, it fragmented into three pieces that were buried over time. It was eventually excavated by Pope Sixtus V in 1587,4 and placed in the Piazza San Giovanni Laterano, where it remains to this day.

1. Habachi, Labib and Charles C Van Siclen III, The Obelisks of Egypt: Skyscrapers of the Past (London: Littlehampton Book Services, 1978), 77.