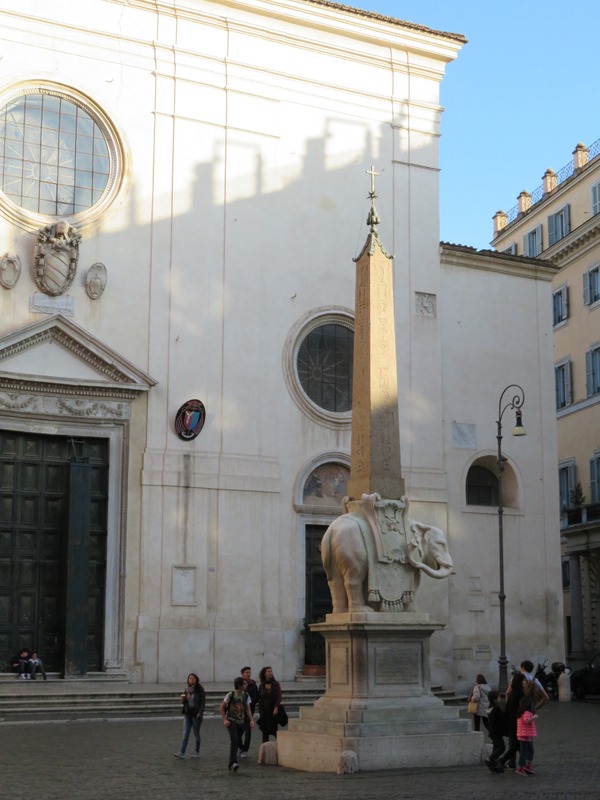 View of the obelisk at Santa Maria Sopra Minerva 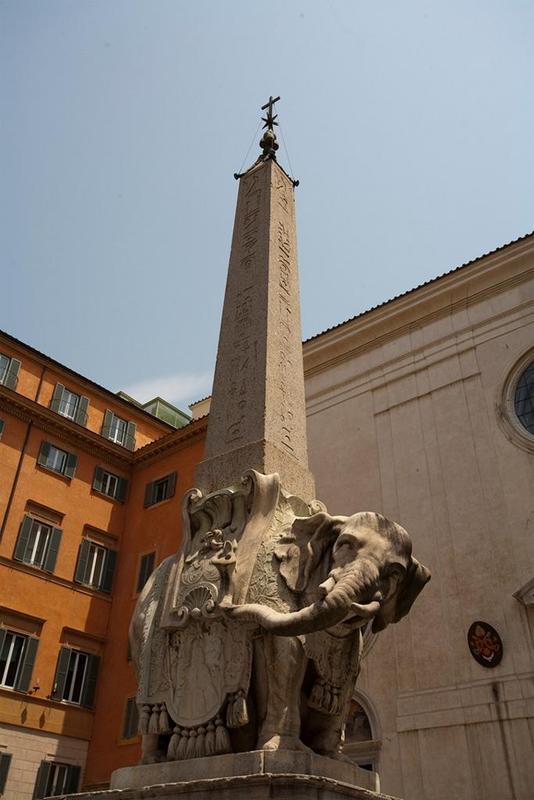 Close image of the elephant base designed by Bernini.

The Obelisk at Santa Maria Sopra, originally part of a pair, is dated to the reign of pharaoh Apries (r. 589-570 BCE) in the 26th Dynasty of Egypt, or Saite Period (664-525 BCE). During this period, Egypt experienced a state of relative peace and prosperity, after invasions of the neighboring Assyrians1.

Rulers structured art and culture around earlier Egyptian models, particularly work of the Old Kingdom (2649-2150 BCE) as a way to represent a self-contained Egypt, free from international threats or influence.2

During the reign of Roman emperor Domitian (51-96 CE), the obelisk was brought to Rome and placed in the precinct of the Temple of Isis3. Domitian was particularly interested in Egyptian objects, and often used Egyptian royal objects and traditions as a way assert his role as Emperor.4 This is a further example of Egyptianizing culture and art in Rome.

Like many other obelisks in Rome, it fell and was buried by rising ground levels and rubble over time. It was re excavated in 1655 under Pope Alexander VII (1655-67), where it was inscribed with his heraldic symbols and coats of arms.5

In 1667, the appearance of the obelisk was further elevated by an elephant base, designed by Gian Lorenzo Bernini and sculpted by his student, Ercole Ferrata.6

The sculpture remains in the square of Santa Maria Sopra, and is titled after its current location.