First Life: The Obelisks in Egypt 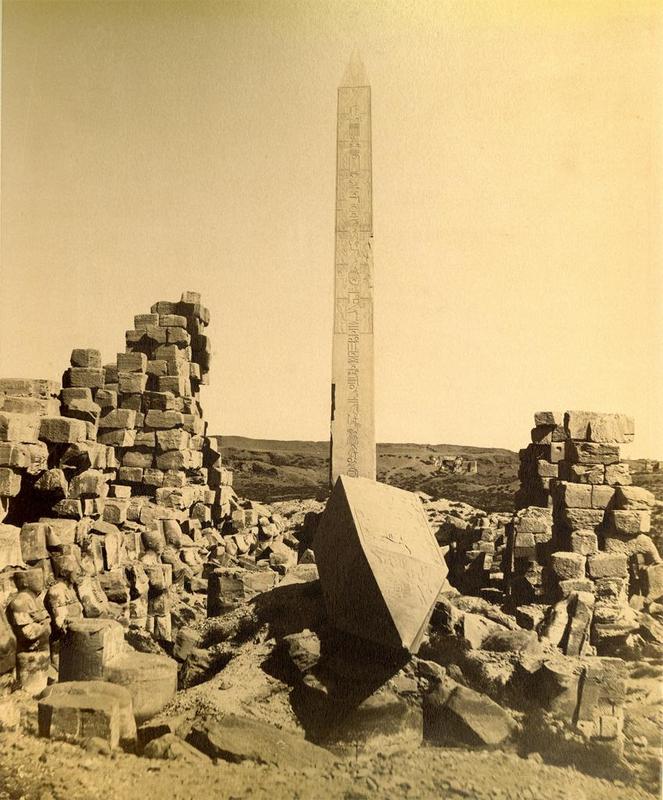 Photograph of an obelisk at Karnak

Obelisks, or tekhenu to ancient Egyptians, first appeared in Old Kingdom Egypt (2649-2150 BCE) in around 2300 BCE.1 These structures, characterized by a four-sided square base that tapered into an isosceles pyramidion at the top, initially symbolized rebirth, and were used as funerary monuments.2 These commemorative structures were believed to attract the reviving rays of the sun, thereby allowing the resurrection of the deceased.3

The monolithic obelisk was invented by the kings of the fifth dynasty (2465-2323 BCE) in reverence to the sun god, Re.4 They often had kingly connotations, representing a connection between the spirit (ka) of the king, and the sun god.5 The shape of these obelisks may have been representational, with the shaft functioning as a pillar in honor of the sun god, and the pyramidion symbolizing the rays of the sun as they hit the earth.6 Despite the new meanings of the monolithic obelisk, these gigantic structures still functioned as funerary monuments, and were often placed at the entrance of tombs.

Many believe that the position and height of obelisks had a direct solar relationship. The monuments were often arranged according to traditional patterns that honored the rising and setting of the sun.7  .

For Egyptians, the obelisk was a reverential monument, commemorating the dead, representing their kings, and honoring their gods. These monuments were representational in both structure and arrangement, serving as monuments with a complete structure of understanding.

Egypt in Rome →
First Life: The Obelisks in Egypt