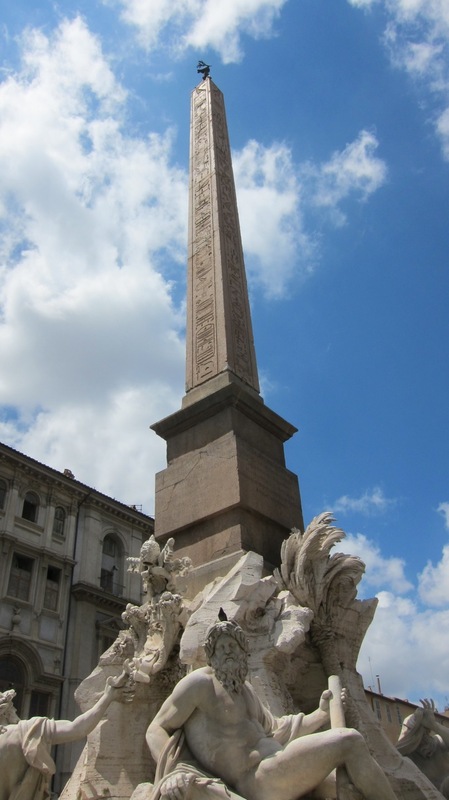 A close view of the obelisk at Piazza Navona 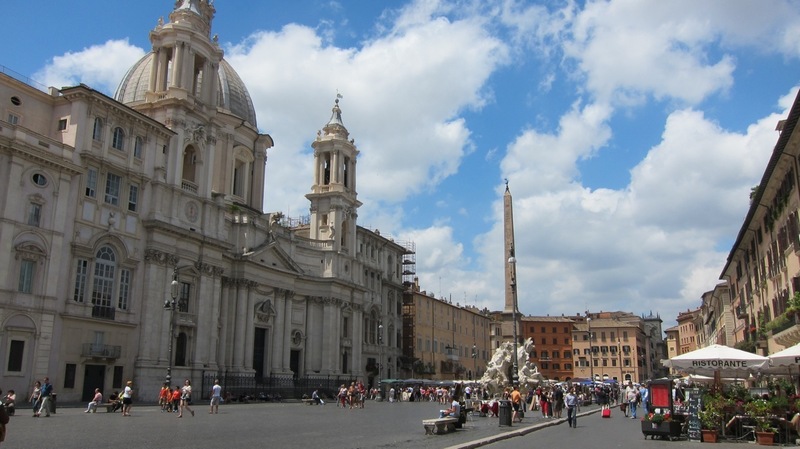 The obelisk of Piazza Navona from a distance.

The Obelisk at Piazza Navona is quite different in relation to the other works in this exhibit, as it has no ancient Egyptian history. Rather, it is dated to the reign of Roman emperor Domitian (81-96 AD).1

The presence of hieroglyphs on the obelisk made it difficult for scholars to determine an original date. Translations from French scholar Jean François Champollion (1790-1832) eventually determined that these inscriptions included the names of Domitian, his father Vespasian, and his brother, Titus.2

Domitian’s use of Egyptian sculptural traditions to create this obelisk, spoke to his larger interest in incorporating Egyptian art and culture into, or Egyptianizing, Roman culture, perhaps using the culture to legitimize his position as Emperor.3 (Another example of his interest in Egypt is seen in the Obelisk at Santa Maria Sopra).

Set up in the Circus of Maxentius, the obelisk was broken and buried over centuries.  Although Pope Sixtus V was aware of its location, it was not excavated until Pope Innocent X, in 1649.4

The obelisk was installed in Piazza Navona, the site of Innocent’s mansion when he was a cardinal,5 and remains there to this day, a symbol of Roman cultural fascination, and appropriation, of Egyptian art.