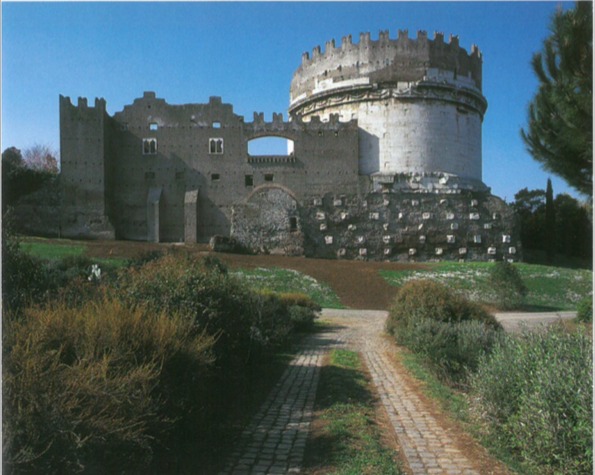 Tomb of Caecilia Metella, view from north side.

The details surrounding Caecilia Metella’s life are somewhat vague and difficult to solidify. However, scholars mostly agree on the following biographical conjectures: she was a member of the prominent Caecilius Metellus family of ancient Rome, and her father was Quintus Caecilius Metellus Creticus (RE 87) consul in 69 BC and conqueror of Crete.1 Her husband was likely Marcus Licinius Crassus (RE 56), a member of another influential Roman family, the Licinii Crassi, and her son was Marcus Licinius Crassus (RE 58), consul in 30 BC.2

Based on these conjectures, Henrik Gerding offers a possible timeline of her life in his 2002 paper, The Tomb of Caecilia Metella: Tumulus, Tropaeum and Thymele:

Gerding also argues that Caecilia Metella passed away after her husband, which helps to explain why her tomb was so prominent even though she was a woman. Most likely, after Marcus’s death, she lived as a widow long enough to attain the social and economic independence to justify receiving such a monumental burial.4