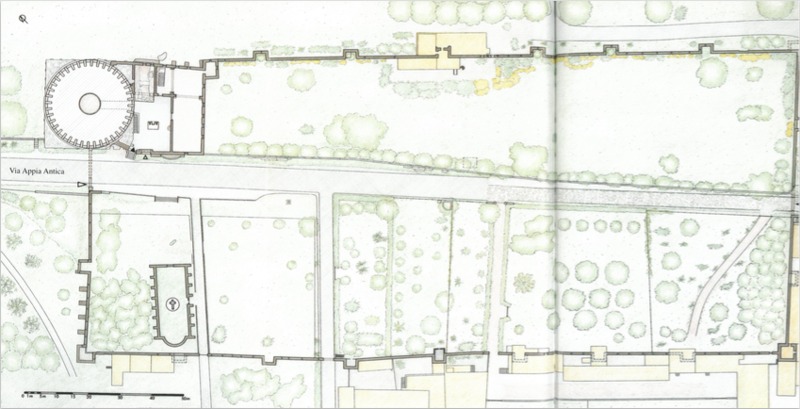 Tomb of Caecilia Metella, illustration of Caetani additions with the Tomb in the upper left corner. 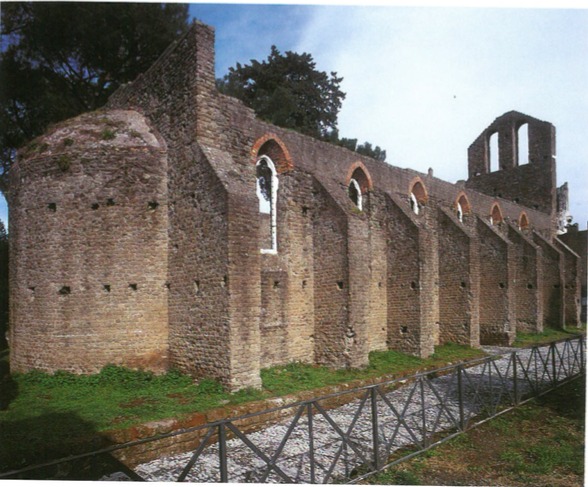 Tomb of Caecilia Metella, interior side of the battlements added by the Caetanis. 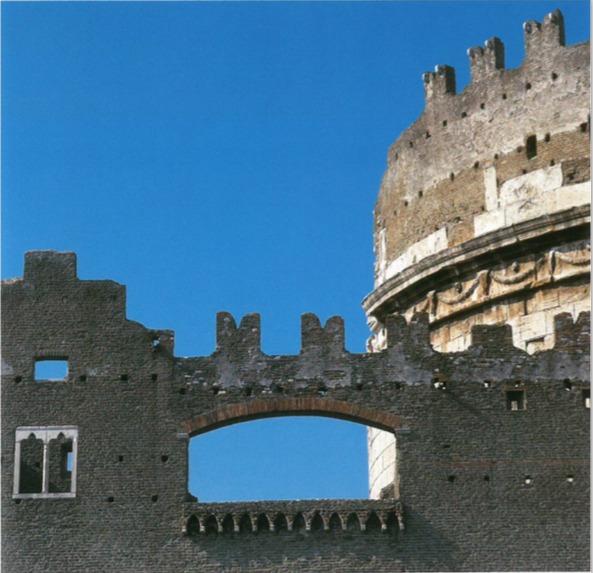 Tomb of Caecilia Metella, juxtaposition between peperino of Caetani castrum and original marble of the Tomb.

The Tomb we see today showcases some of the medieval additions made by Cardinal Francesco Caetani when his relative, Pope Boniface VIII (1294 - 1303), was in power. Sometime between March 1302 and May 1303, Caetani bought the land surrounding Caecilia Metella’s tomb and transformed the area into a large fortress, building everything with peperino, a grey volcanic tuff that stands out from the travertine and Pentelic marble of the original tomb.1 Caetani’s additions include a large enclosing wall that spans across the street and encompasses over 200 meters of Via Appia, the present church of San Nicola di Bari, a castle attached to the south side of the monument, a few apartments, and battlements that run around the top of the rotunda.2 The conical dome from the original monument was destroyed sometime between the 11th and 13th centuries.3 The entire complex commissioned by Caetani was intended to be a fortified village, or castrum, and it may have been used to protect the city from southern invaders.

What remains of this fortress today are the encircling wall, the church, the skeletal frame of the adjacent castle, and the battlements, each exhibiting centuries of destruction and decay. After Boniface VIII’s death in 1303, the Caetani family quickly lost the power they had gained with his ascendance to the papacy, and the fortress was passed to the Savelli family, and subsequently to the Colonna and Orsini families.4 It was eventually completely abandoned in either 1484 or 14855 and continued to fall into disrepair through the 16th century.6