16th Century and Beyond 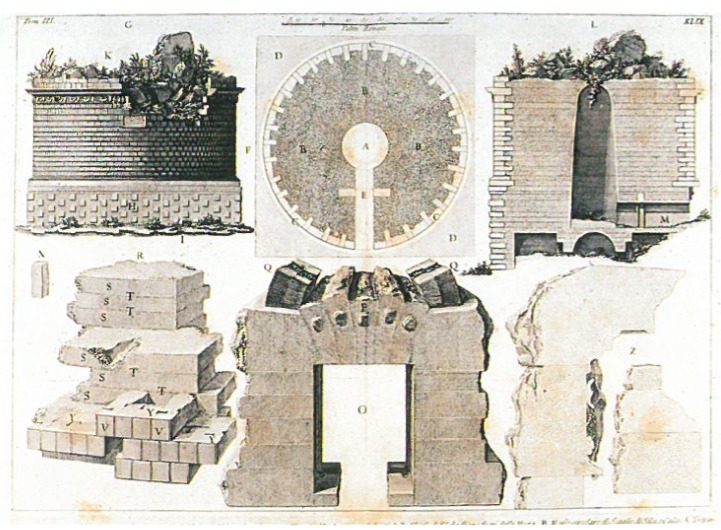 Tomb of Caecilia Metella, diagram by Giovanni Battista Piranesi illustrating the architectural changes from the 14th century and damages that happened around the mid-16th century. 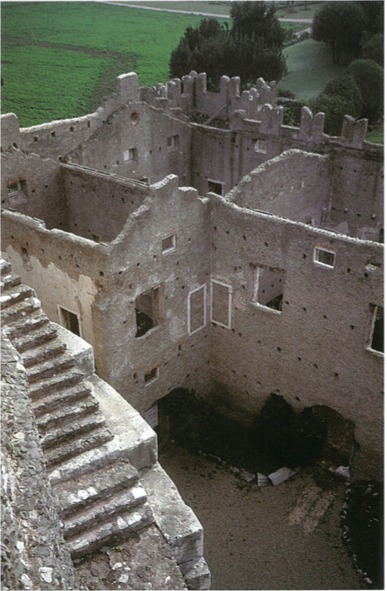 After being completely abandoned in either 1484 or 1485,1 the Tomb of Caecilia Metella and along with it Caetani Castle, continued to fall into disrepair. Around the mid-16th century the monument suffered at least two devastating and irreversible architectural blows - the upper part of the rotunda on the south side was damaged as well as the crowning medieval wall of the fortress.2 Less than forty years later, Pope Sixtus V (1585 - 1590) had major parts of the castle torn down and even began preparations to use the tomb as a stone quarry. Thankfully, his decision to do so was met with wild protests in Rome and was never carried through. In fact, as a result of the protests, Pope Sixtus then made efforts to protect the monument from more destruction.3

After the mid-18th century, the Tomb became a source of interest for scholars of many disciplines. In 1751,1812, 1824, 1855, and 1871 the Tomb was used for astronomical and trigonometric measurements.4 In 1824 a small pinnacle was built on top of the battlements.5 During the mid-19th century interior parts of the castle were protected by a newly constructed gate6 and from 1909 to 1913, various restorations were carried out by A. Muñoz. Among other things, Muñoz was responsible for clearing the lower mortuary chamber of debris and rubble and for adding the staircase that leads from the outside to the lower chamber.7

It is interesting to note that though the Tomb of Caecilia Metella was officially commissioned for funerary purposes, it has adopted many roles throughout its lifetime. Some of these include being a home, a fortress, a form of personal propaganda, a source for astronomical scholarship, an artist’s (or several artists’) creative inspiration, and a popular representation of Ancient and Medieval Rome for modern-day tourists. Though the monument’s entire history will probably remain a mystery for a while, each new role that the Tomb acquires enriches its overall identity and adds more meaning to its metamorphosis.