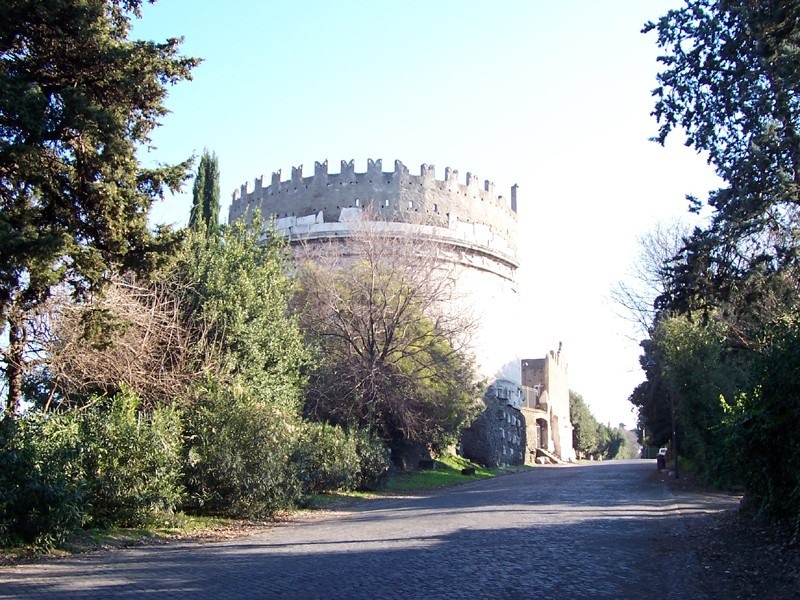 Tomb of Caecilia Metella, view from northwest side.

The details surrounding the date for the Tomb of Caecilia Metella, similarly to those surrounding her life, are difficult to establish with certainty. The properties of the inscription seem to offer the most helpful information for approximating a date. First, the use of the agnomen “Creticus” (a victory title) to describe Caecilia’s father indicates a terminus post quem, or earliest possible date, of 62 BC.1 “Creticus” was adopted by Q. Caecilius Metellus after he celebrated a triumph that same year for his victory at Crete, hence the “Cret” prefix. Second, the material of the block and the shape of the letters point to an early Augustan date as they coincide with the construction styles of that time.2 Third, and perhaps most importantly, the punctuation marks, which are unique to a very specific time period according to Gerding’s study,3 provide a more definitive date between 30 to 20 BC. Unfortunately, there is still insufficient evidence to even make a conjecture about the duration of the monument’s construction.

Scholars agree that Caecilia Metella’s tomb was most likely commissioned by her son, Marcus Licinius Crassus (RE 58).4 Given that her husband, Marcus Licinius Crassus (RE 56) died in either 49 or 48 BC, and the assumption that the Tomb was built around 30 to 20 BC it would not have been chronologically possible for the elder Crassus to commission a tomb for his wife.

Additionally, the contents of the inscription, or rather the lack of certain contents, indicate that Caecilia herself probably did not commission her tomb either. According to Gerding, “Sepulchral inscriptions commissioned while the intended owner of the grave was still alive generally record the purchase of the tomb/site, declare who had legal access to it, or include the words vivus, sibi, or vivus sibi fecit.”5 The inscription of the Tomb does not contain any of these phrases.

Traditional rules of Roman society placed the responsibility of arranging a burial in the hands of those who had the right to inherit. The most plausible scenario therefore is that Metella’s son, upon becoming the pater familias, or head of the household, after his father’s death, began preparations for his mother’s tomb.6